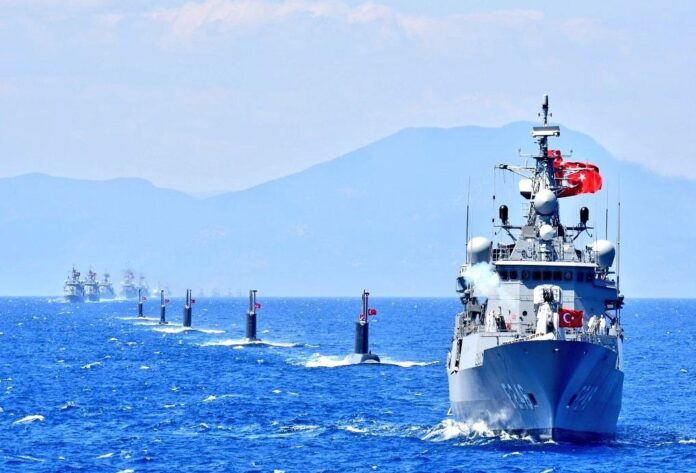 Turkey’s oil and gas exploration vessel, Oruc Reis, has arrived in the waters above the continental shelf of Greece near Kastellorizo, Turkey’s Energy and Natural Resources Minister, Fatih Donmez, said on Monday.

The announcement came after Turkey issued a Navtex, or international maritime safety message, early Monday stating the Oruc Reis and two auxiliary ships would be conducting seismic exploration in the area until August 23.

In response, Greece’s Foreign Ministry said the Navtex, “combined with the observed broad mobilisation of units of the Turkish Navy, constitutes a new serious escalation” and is ‘illegal.’

“Greece will not accept any blackmail. It will defend its sovereignty and sovereign rights. We call on Turkey to immediately end its illegal actions that undermine peace and security in the region,” the Foreign Ministry’s statement reads.

Greek Minister of State, Giorgos Gerapetritis, added the Oruc Reis was being monitored by the Greek navy.

“We are at full political and operational readiness,” Gerapetritis said on state television ERT.

“The majority of the fleet is ready at this moment to go out wherever is needed,” he added when asked to elaborate. “Our ships that are sailing in crucial areas were already in place days ago. If necessary, there will be a greater development of the fleet.”

Gerapetritis said that “it is clear that we are not seeking any tension in the region. On the other hand, our determination is a given.”

Greece on Monday issued its own maritime safety message saying the Turkish Navtex had been issued by an “unauthorised station” and referred to “unauthorised and illegal activity in an area that overlaps the Greek continental shelf.”

Turkey retorted with another maritime message saying the seismic survey was being conducted on Turkey’s continental shelf.

Speaking after a four-hour Cabinet meeting, Turkish President Recep Tayyip Erdogan warned that Turkey would not confine its offshore exploration efforts to its immediate coastline, but otherwise appeared conciliatory.

“Let’s come together as Mediterranean countries. Let’s find a formula that’s acceptable for everyone, that protects everyone’s rights,” he said in a televised speech.

He added: “We are always there and ready for the solution of disputes through dialogue and on a fair basis. We will continue to implement our own plans in the (eastern Mediterranean) and in the field of diplomacy until common sense prevails in this regard.”

At the crux of the dispute is whether islands should be included in calculating a country’s continental shelf and maritime zones of economic interest.

Turkey argues they should not be, a position Greece says violates international law. Greece has thousands of islands and islets in the Aegean and Ionian seas, around 200 of them inhabited.