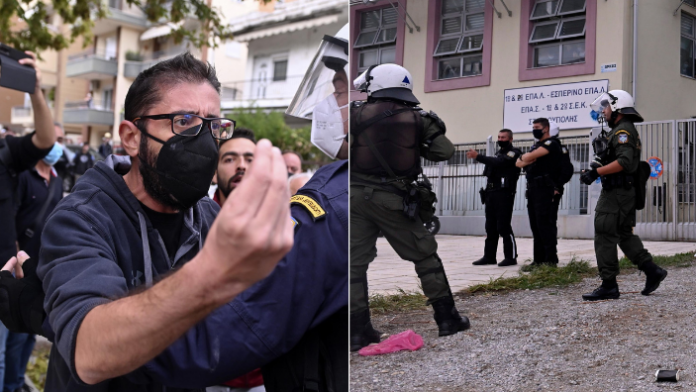 Police have arrested six people and detained at least 59 others following clashes involving young people at a high school in Thessaloniki on Wednesday.

Police used tear gas to break up the violent demonstrations as classes at the school were ongoing.

Left-wing groups then protested the violence and Thessaloniki police fired tear gas and stun grenades to prevent a right-wing group from attacking the protestors.

Another 19 people were detained.

A youth wing of the extreme right group Golden Dawn had earlier expressed support for the morning counter-demonstration.

A Greek court ruled last year that the party was operating as a criminal organisation and sentenced members of its leadership to up to 13 years in prison.