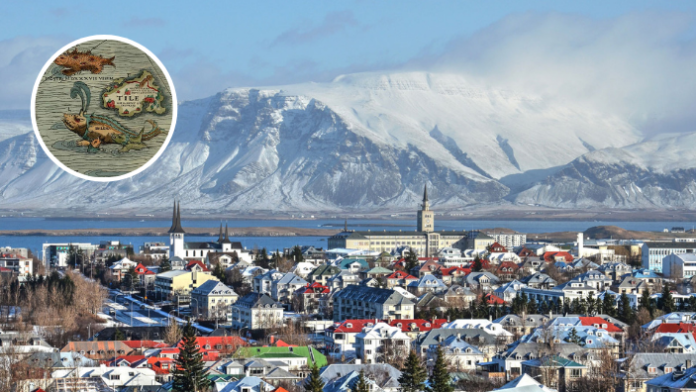 The Greeks discovered Iceland ten centuries before the Vikings, according to a new study by Andrew Breeze, lecturer at the University of Navarra’s Department of Philology.

Using linguistic evidence and after conducting research, Dr Breeze has cast dramatic new light on the mysterious island of ‘Thule.’

Using methods of textual criticism, in an article published in the latest issue of The Housman Society Journal, Dr Breeze attempts to pinpoint the mythical island of Thule, discovered by the Greek explorer and geographer Pytheas some time before 300 BC.

If Dr Breeze’s claim is true, the Greeks discovered Iceland a thousand years before the Vikings did.

The author explains how Pytheas describes a voyage across the Atlantic from Massalia (Marseilles) to an island with ice floes near it, which he called ‘Thule’ and which took six days to reach from Britain.

Although the original text by Pytheas has been lost, references to his voyage by later authors (Diodorus of Sicily, Strabo, Pliny) have inspired many others to try and locate Thule exactly, as the northernmost point of his odyssey.

“For centuries there has been debate on where Thule is. Most people take it as Iceland; others, the Faroes; others again, Norway or the Shetlands,” Dr Breeze explained.

In his research, which Dr Breeze has discussed with academics in British universities, who accept the hypothesis as plausible, the key to unlocking the mystery is in a linguistic crux.

“It seems that the name which Pytheas gave the island has been corrupted with time and become unintelligible. ‘Thule’ (or ‘Thyle’) is meaningless; but, if we add the letters M and E between the word’s two syllables, the result is Thymele, and in Greek this means something: it signifies ‘altar, altar-slab’ and is common in the ancient language,” he argues.

In his article, Dr Breeze maintains that “the name Thymele ‘altar-slab’ could have been given by Pytheas thanks to the landscape of Iceland, with cliffs of volcanic rock resembling the massive altars of Greek temples. Probably, when Pytheas and his men set eyes on Iceland for the first time, seeing clouds rise above it and perhaps columns of ash and smoke from volcanoes like Hekla, it reminded him of a temple altar.”

He adds that “in the ancient world an altar could be immense. The great altar of Pergamum was forty feet high, and others at Parium and Syracus were said to be six hundred feet long.” He thus, has no doubts that ‘Thule’ or Thymele was Iceland.

“Greeks all over the world can now feel proud that their nation was the first to tread Icelandic soil,” he concludes.

Andrew Breeze is a lecturer in the Department of Philology, University of Navarra. He has been a fellow of the Society of Antiquaries of London since 1996 and of the Royal Historical Society since 1997. He has published various controversial books and is a specialist in Celtic and other medieval languages.