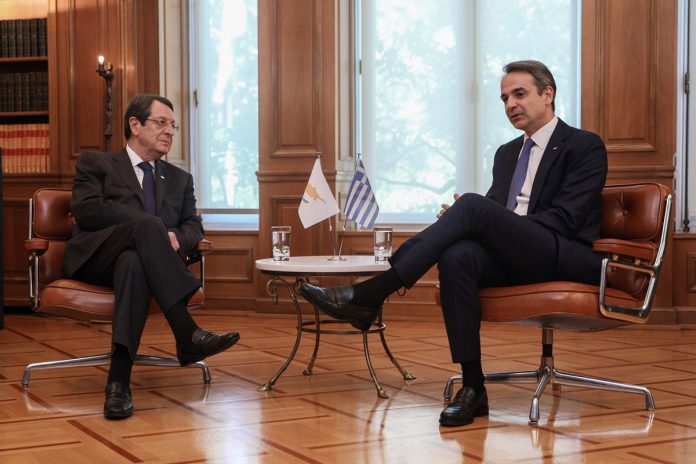 The navies of Greece and Cyprus issued a Navigation Telex (Navtex) high alert on Wednesday.

The move comes in the wake of a telephone conversation between Greek Prime Minister, Kyriakos Mitsotakis, and Cyprus President, Nicos Anastasiades.

In a tweet, Anastasiades said the two leaders discussed “Turkey’s latest illegal action that violates the sovereign rights of Cyprus and Greece.”

Turkey’s navy on Tuesday issued a Navtex for seismic surveys in an area of sea between Cyprus and Crete. The advisory is in effect until August 20.

Greece is pressing other EU member states to prepare “crippling sanctions” against Turkey if it proceeds with its oil and gas exploration plans.