Greek Prime Minister: Turkey must not threaten Greece or Cyprus 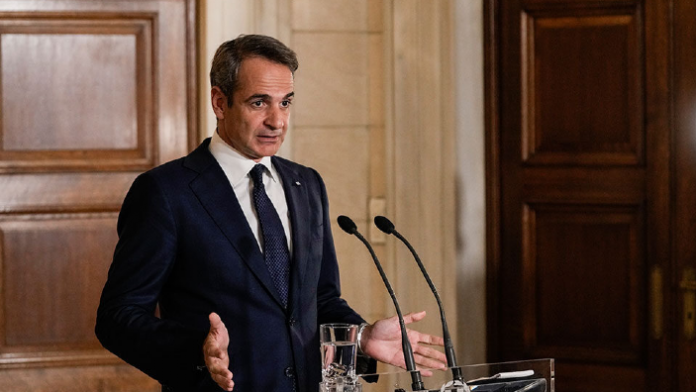 Turkey must realise that it cannot be threatening either Greece or Cyprus, Prime Minister Kyriakos Mitsotakis told German newspaper Handelsblatt on Wednesday.

“We are not the ones who nurture fantasies about empires of bygone times,” noted Mitsotakis.

He said he does not seek confrontation with Turkey and that he is “on speaking terms with President Erdogan.”

Greece has every interest in cooperating with Turkey, he added, and is unhappy with Turkey’s current economic crisis as “it could lead to regional instability.”

Mitsotakis also observed that Greece does want Germany’s support regarding its relations with Turkey, as both countries are part of the European family.

He added that Germany “is not a non-involved, neutral, third party” when it comes to Greek-Turkish relations.