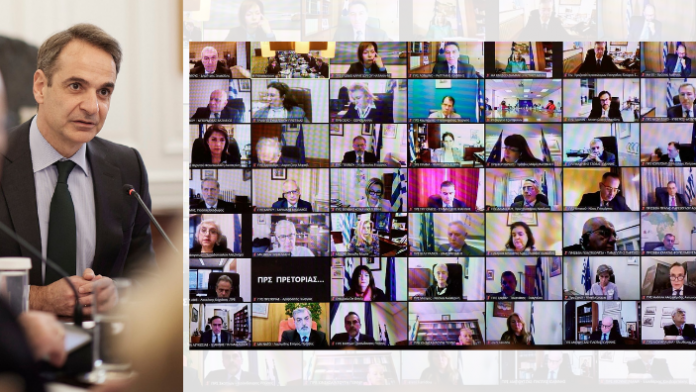 Greek Prime Minister, Kyriakos Mitsotakis, held a virtual meeting on Thursday with all the heads of the Greek Embassies and Permanent Representatives abroad, including the Ambassador of Greece in Australia, George Papacostas.

This is the first time Mitsotakis has held this meeting and it was aimed at “the coordination of the government with the heads of the diplomatic authorities for the better promotion of national goals and positions.”

According to a statement from the PM’s office, Mitsotakis “intends to establish this communication at the highest level on an annual basis.”

During the teleconference, Mitsotakis presented the main priorities and challenges of foreign policy and Greek diplomacy for 2022, emphasising Greece’s handling of the COVID-19 pandemic and mandatory vaccinations, as well as focusing on Greek-Turkish relations and recent tripartite partnerships.

“The age of introversion, the age of misery, has passed irrevocably. Greece of 2022 is not the Greece of 2012. It is in a position where it must claim its role in the international arena,” Mitsotakis told those in virtual attendance.

The Prime Minister also encouraged the diplomats to highlight Greece’s advantages to the diaspora abroad, as a means of strengthening the export orientation of Greek companies and attracting quality investments.

This was followed by a small speech from the Greek Foreign Minister, Nikos Dendias, who discussed the Strategic Plan of the Ministry of Foreign Affairs for 2022-2026.

At the conclusion of the meeting, the heads of the Greek Embassies had the opportunity to present their views from their respective countries.