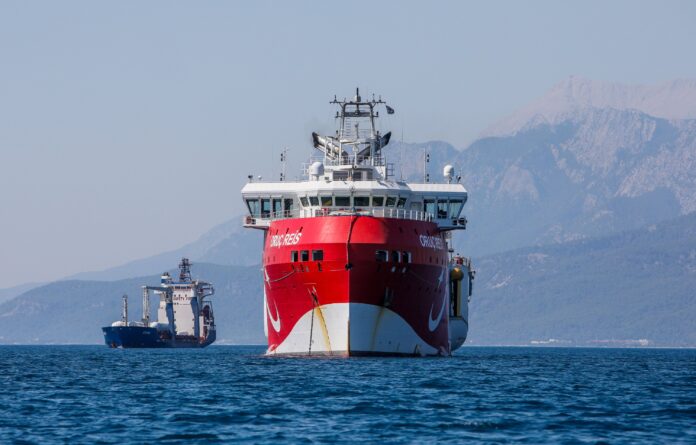 Turkey has extended by one week a gas exploration mission in the eastern Mediterranean that has caused tensions with Greece.

In a fresh notice to shipping in the area, Turkey said the Oruc Reis seismic survey vessel, accompanied by two support ships, will operate in the area south of the Greek island of Rhodes until November 4.

An earlier notice had said the ships would be operating in the area until Tuesday, October 27.

The Greek Foreign Ministry said it would file a complaint with the Turkish side following the new advisory.

It said the extension of the survey was an “illegal move” at odds with efforts to ease tensions and with recent conclusions of the council of EU heads of government. Turkey, it added, was behaving “like a pariah” and seeking to destabilise the region.

“Greece blatantly condemns this unacceptable behaviour, which is essentially moving even further away from the prospect of a constructive dialogue,” the ministry said, calling for the advisory to be revoked immediately.

Turkey’s Foreign Ministry said the Greek statement was “baseless” and the area where Oruc Reis was operating was within Turkey’s continental shelf.

“Turkey is ready to talk and cooperate to find a just solution. We expect Greece to desist from setting pre-conditions and creating artificial reasons for not entering into dialogue with our country,” the ministry said in a statement.

In response, Greece issued a counter-NAVTEX in the eastern Mediterranean, arguing that Turkey’s order was illegal as it involved activities in Greek waters.

READ MORE: Turkey claims jurisdiction over half of the Aegean in new provocation.