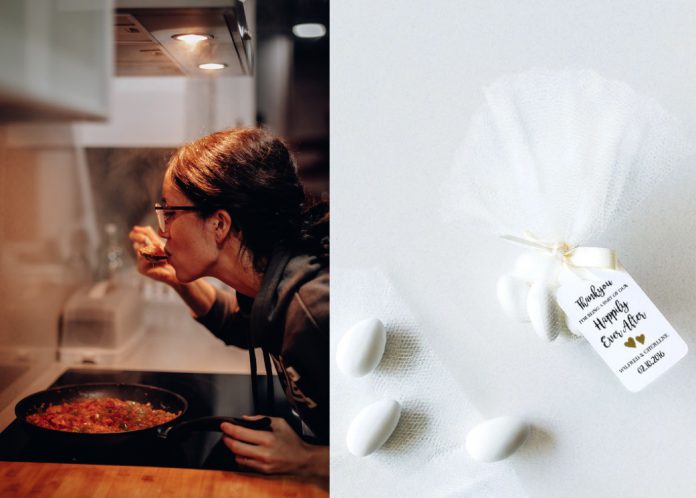 Quirky and bizarre Greek superstitions continue to be passed down from one generation to another and as a result, they form a huge part of the country’s cultural identity. Now, whether you believe them or not is up to you but here’s our list of the top five which made us either say ‘I’ve done that’ or ‘That can’t be real.’

Remember that scene from My Big Fat Greek Wedding where Toula’s family spit three times on her wedding dress as she glided down the aisle? Well it wasn’t included for comedic value. Hearing the spitting sound ‘ftou ftou ftou’ is actually a common occurrence at Greek weddings today and whilst it might seem a bit strange at first, there’s a good reason behind it. Spitting on someone is a way of diminishing any form of evil energy or presence. So the next time it happens to you, maybe you could even say thank you!

When two people speak the same words at the same time, Greek people believe this to be a sign that the two will get into a fight. To avoid the argument, they both have to partake in the Greek equivalent of “jinx” – they have to touch something that is red immediately.

3. Don’t eat straight from the pot:

I’m sure most of us are guilty of eating the leftover rice, pasta or soup straight from the pot after a long day at work. Turns out we probably shouldn’t be doing that anymore as there’s a huge superstition about it. Greeks say that if you “eat straight from the pot” you’re likely to have bad weather on your wedding day! If you or anyone you know can confirm this one, we’d love to know.

4. Never hand someone a knife:

This one seems pretty realistic. We’ve all been taught in hospitality, and life in general of course, to be careful with knives. But this superstition isn’t related to the danger aspect of holding a knife. Nope. Apparently, if you hand someone a knife, you will lose the friendship. The proper way to give it to your friend is to set it down on a table and let them pick it up. Phew, crisis averted!

Last but not least (and definitely not the last wedding related superstition that’s for sure), tradition has it that if a single woman places a bag of sugared almonds from a wedding under her pillow before sleeping, she will dream of the man she will marry.

Now, although there’s plenty more Greek superstitions out there, we hope our top five get you thinking about some of your own favourites, however bizarre and quirky they may be.