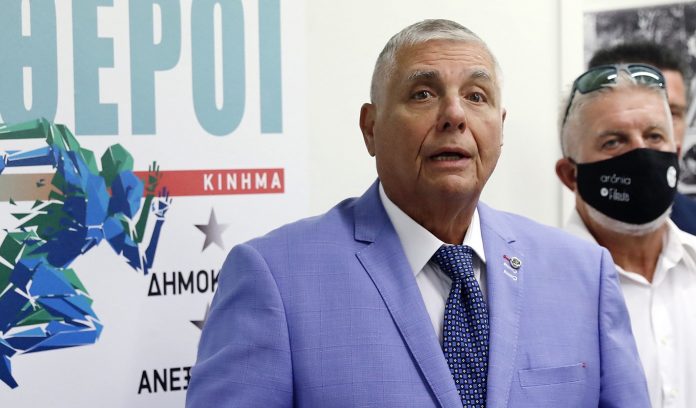 An unvaccinated Greek commentator and publisher died of respiratory failure and resulting complications from COVID-19 COVID-19 on Tuesday.

It focuses public attention on the large number of older people in Greece who still haven’t received their shots as the country struggles with a spike in infections and deaths.

Giorgos Trangas, 71, who had diabetes, died at a state hospital in Athens after being admitted on Dec. 4 with severe breathing difficulties.

He was unvaccinated and had recently formed a small political party, “Free People,” that was critical of vaccine mandates and lockdown measures.

With a quarter of the adult population unvaccinated, Greece is suffering a third major surge of infections this winter with the COVID-19 death rate just below peak levels recorded a year ago.

The government has imposed a vaccination mandate on residents over age 60 to be enforced in January with a 100-euro ($110) monthly fine, while vaccination certificates will also expire after seven months for seniors who fail to get a booster shot.

Trangas’ doctor, Christos Zoupas, said he had pleaded with him to get vaccinated.

“I think he thought that he would just tough it out, the way he had with so many other things in his life, as if it’s like getting the flu,” Zoupas told state-run ERT television.

“I tried to persuade him to get vaccinated up until the last moment.”