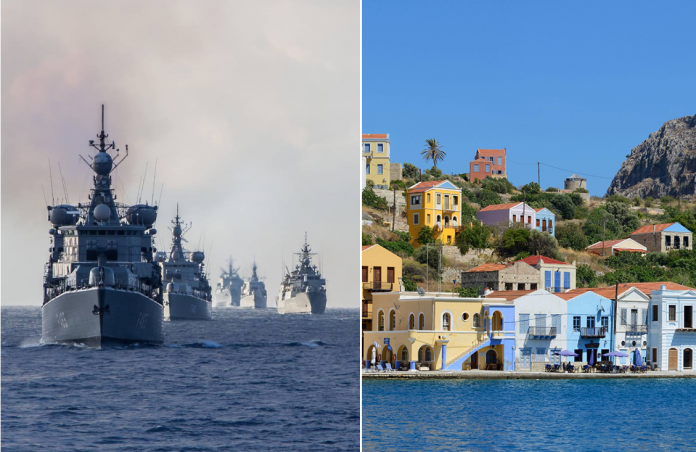 Greece’s Navy has issued a navigational warning (NAVTEX) for the area around the island of Kastellorizo, Greece’s easternmost territory, for a live-fire naval exercise from Monday to Thursday.

Tension had flared up in the area, when Turkey announced that research vessel Oruc Reis would conduct a seismic survey for oil and natural gas in the area, prompting Greece to protest against the research infringing on its continental shelf.

“We call on Turkey to immediately cease these illegal actions which violate our sovereign rights and undermine peace and security in the area,” the Greek Foreign Ministry said in a statement on July 21.

Turkey’s position is that Kastellorizo does not have a continental shelf.

More recently, tensions in the area appeared to be de-escalating and Oruc Reis is still berthed in the Turkish port of Antalya.