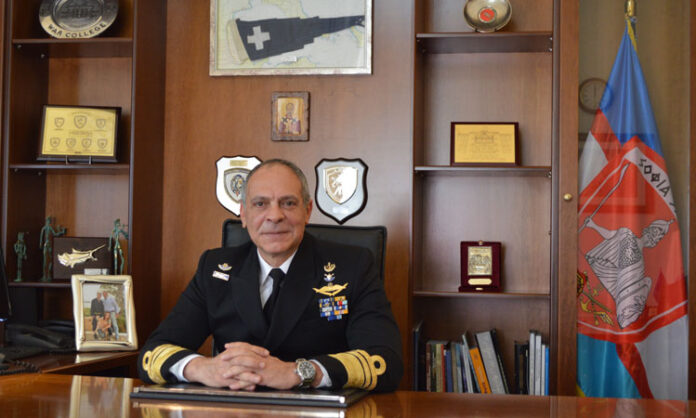 Alexandros Diakopoulos said his comments, which he had later retracted, “caused confusion and created a problem” for Mitsotakis and his center-right government, “which was not my intention.”

Over the past 10 days, Greek and Turkish warships have been shadowing each other between the island of Crete, southern Turkey and Cyprus, waters where Turkey sent a research ship to look for potential undersea gas and oil deposits. Turkey and Greece are historic regional rivals and nominal NATO allies.

Greece says it has exclusive economic rights on much of the seabed Turkey is surveying, and demanded that the Turkish government withdraw the Oruc Reis research vessel and its naval escort. Ankara refused to do so, arguing it has every right to prospect there and in waters claimed by Cyprus.

READ MORE: Erdogan says Turkey ‘will not back down’ in east Med standoff.

Diakopoulos embarrassed the Greek government by saying in a TV interview that the Turkish ship had been able to conduct research — contradicting the official narrative that Greek naval ships deployed to the area had prevented any real work from being carried out over the country’s continental shelf.

Mitsotakis has balanced tough talk with a desire to avoid starting a military confrontation with Greece’s much bigger and more heavily-armed neighbor. The prime minister has also focused on drumming up support from European Union partners and other regional countries.