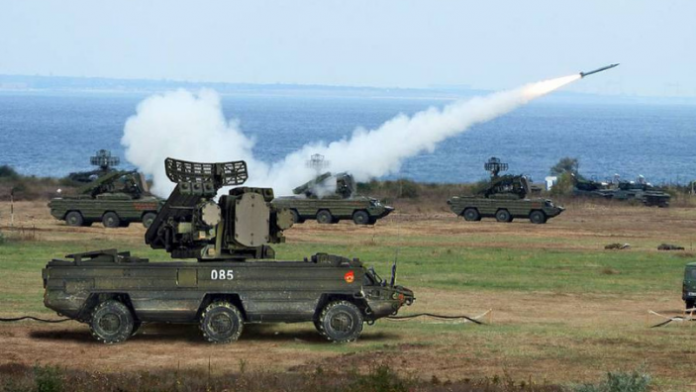 Greece has rejected an informal request by Ukraine to send its Soviet-era TOR-Μ1 and Osa-AK missile systems as the country believes they could still be needed by its Armed Forces, according to Ekathimerini.

The Greek media’s sources said that although these systems, owned by the Greek Army and Air Force, would need to be upgraded, “they still serve some of the country’s air defence needs.”

Athens has not yet received a request to send any of its Russian-made S-300 anti-aircraft missile systems to Ukraine.

This rejection comes a day after the Chief of Greek General Staff Konstantinos Floros ruled out “any possibility to grant or dispose weaponry that weakens the defence of the country.”

So far, Greece has already sent Kalashnikovs and launchers to Ukraine, along with humanitarian aid.

In the meantime, the evacuation operation for Greece’s Consul General in Mariupol, Manolis Androulakis, is still underway.

According to Ekathimerini, the Greek diplomat resumed his journey westward on Thursday and is heading to Uman in western Ukraine.

The evacuation operation, which includes staff of the Organization for Security and Cooperation in Europe (OSCE) and their families as well, started on March 15.

Androulakis had stayed behind to assist some 150,000 ethnic Greeks in Mariupol who wanted to flee.

According to the Greek Citizen Protection Ministry, more than 10,700 Ukrainian refugees, of which 3,478 are minors, have already arrived in Greece since the start of the Russian invasion three weeks ago.

US National Security Adviser, Jake Sullivan, and Greek counterpart, Thanos Dokos, discussed the situation in the besieged southern city of Mariupol in a call on Wednesday, the White House said.

The two national security officials also discussed “Russia’s unprovoked and unjustified aggression against Ukraine, including the ethnic Greek community based in Mariupol,” the NSC Spokesperson, Emily Horne, said in a statement.

The two advisors also reiterated their commitment to international efforts to hold Moscow to account for its actions and to ensure Ukraine has the ability to defend itself.