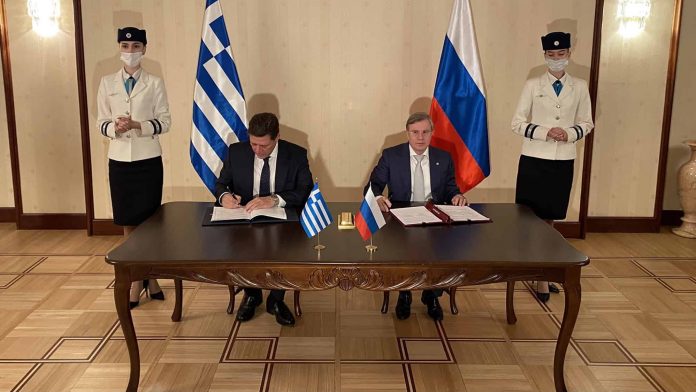 “The cooperation protocol is a successful agreement that paves the way for a new, deeper collaboration between Greece and Russia…” Varvitsiotis wrote on Twitter.

“We hope that thanks to the protocol on cooperation within the framework of the joint intergovernmental commission, which will be inked in Moscow, as well as the upcoming visit of the prime minister, a new charter will be opened in Greek-Russian relations,” the minister is quoted in Russia’s state-owned news agency Tass.

He met with business figures at the Greek embassy a day before.