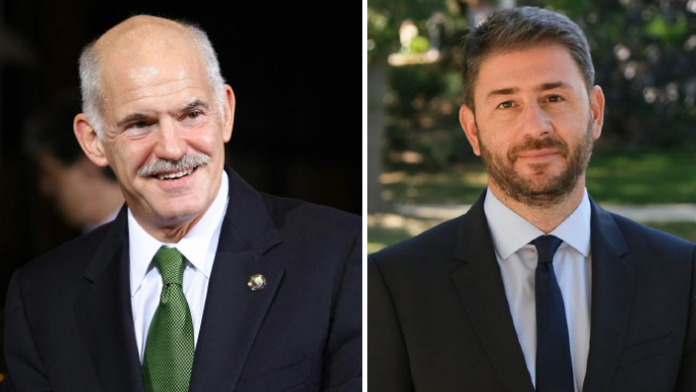 European Parliament lawmaker, Nikos Androulakis, 42, will face former Prime Minister, George Papandreou, 69, in a runoff on Sunday for the leadership of the centre-left Movement for Change (KINAL) party.

According to Ekathimerini, Androulakis won the first round comfortably on Sunday, garnering more than 37.06%, ahead of Papandreou on 27.78% and MP Andreas Loverdos, 65, with 25.95%.

“I really want to thank [voters] from the bottom of my heart for the honor they did me and I pledge to honor their mandate for renewal, unity and political autonomy,” Androulakis wrote on Twitter after the results were released.

Androulakis achieved victories in 11 of the 13 regions, losing only Western Greece to Papandreou and Attica to Loverdos.

Androulakis achieved his most sweeping victory in his homeland of Crete, where he received 61.38% against 24.69% for Papandreou and only 10.07% for Loverdos.

Loverdos, a former education minister, has said he will announce his support for one of the remaining candidates by Tuesday.

The elections took place after the death of Fofi Gennimata from cancer in October.