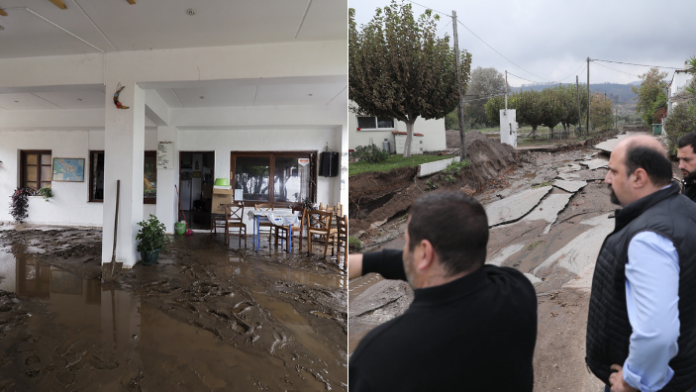 Dozens of residents in Evia have had to evacuate after floods and mudslides hit the northern part of the island on Sunday.

Roads became impassable and beaches were filled with mud sliding down from nearby mountains but there have been no casualties.

He announced that the government will accelerate a €20 million (AU $31.67 million) program to aid the devastated areas as local officials pleaded for action.

“The State, as in other cases, will help repair this damage,” said Triantopoulos, adding that funds will start flowing this coming week.

The storm had been buffeting northern and central Greece since Thursday.

A weather station on Mt. Pelio, a few hundred kilometres north of Evia, has recorded 700 mm of rain since Thursday.

Evia is still reeling from devastating forest fires which hit the island last summer as part of Greece’s worst heatwave in over 30 years.

Evia made up more than a third of the scorched 300,000 acres of forest, bush, and farmland.

Share
Facebook
Email
Twitter
Pinterest
Linkedin
WhatsApp
Viber
Print
Previous articleAre you fully vaccinated? Here’s what you can do from today in NSW
Next articleGreece to extend fence, deploy more officers at border with Turkey