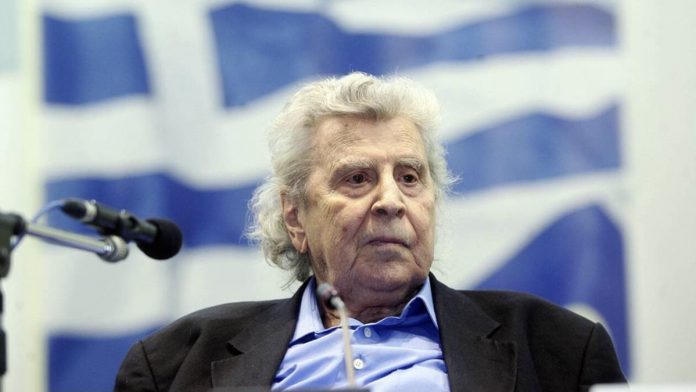 Mikis Theodorakis’ funeral arrangements have been laid to rest by a court in Athens on Thursday.

The Athens First Instance Court heard that Theodorakis’ parting funeral wishes will be upheld by two executors named in a recent notarial deed.

The Greek composer and politician will be buried in Chania, Crete, next to his parents and brother, Greece’s Communist Party KKE said Sunday.

Theodorakis had written a letter to the mayor of Chania in 2013 expressing his wish to be buried in the cemetery of Galatas in his father’s hometown of Chania.

“My family does not approve of my wish; however, the law recognises everyone’s right to decide about the disposal of their body,” Theodorakis had written in the letter.

He addressed similar sentiments in a legal document dating to January 2020 and a letter in October 2020.

Theodorakis’ daughter hoped for her father to be buried in Vrahati, near Corinth, but the court temporarily halted any burial plans after unnamed Theodorakis collaborators had filed an injunction.

The court ruled in the collaborators’ favor and ordered that Theodorakis’ wife, daughter, and son no longer intervene in his funeral arrangements.

He currently rests at the Athens Metropolitan Cathedral and will be buried in Chania on Thursday.