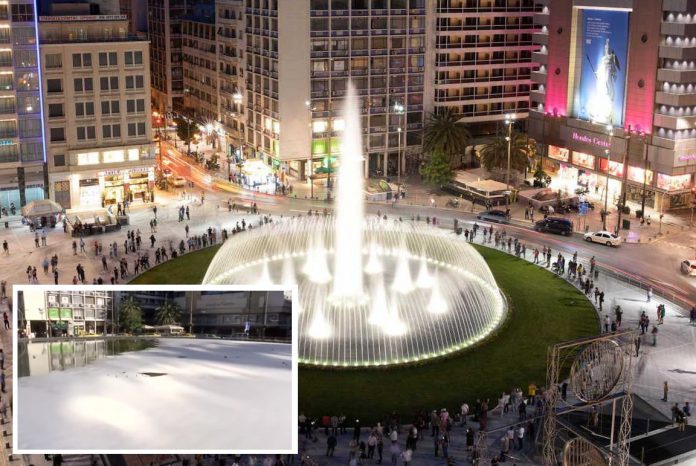 There was trouble bubbling in Omonia Square on Friday morning as pedestrians looked in shock at the new fountain, which had turned into a bubble bath.

Reports say that during that night someone threw detergent or shower gel in the fountain, causing a tremendous soapy surprise.

The fountain was almost completely covered in soap, with images being broadcast on morning news networks in Athens.

This isn’t the first time an instance like this has occurred however, with the Syntagma Square fountain also suffering bubble trouble in 2014 and 2018.

The police, who informed the Municipality of Athens about the incident, were at the scene.

The new Omonia Square was unveiled on May 15, with the mayor promising that the square will be “an oasis of cool.