Greece transfers 450 migrants from Lesvos to facility on mainland 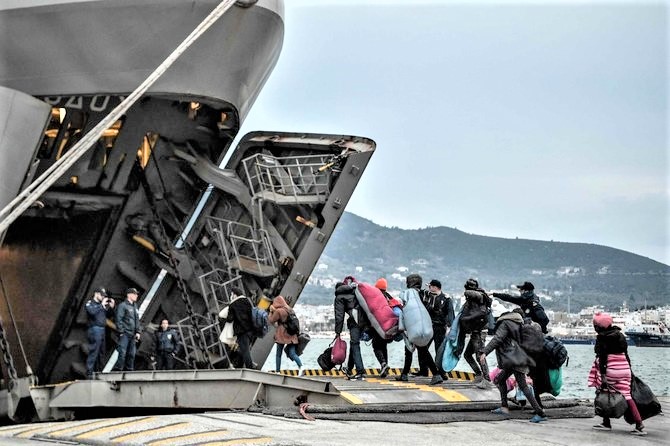 Greece is transferring 450 migrants recently detained for trying to reach the island of Lesvos illegally to a facility near Athens, authorities said Sunday.

A ship with the migrants onboard landed at a port near Athens and they will be transferred to a facility just north of the capital pending deportation, an official at the Ministry of Migration Policy told The Associated Press on condition of anonymity.

Although the migrants had been taken to the ship several days ago, the whole operation had been shrouded in secrecy, with officials refusing to comment on the ship’s destination even after it left Lesvos early Saturday afternoon.

All the migrants had been detained since March 1, just days after Turkey said it was opening its borders to the millions of migrants on its soil.

In response, Greece toughened its stance, suspending all asylum applications for a month and jailing migrants and refugees, who tried to cross the land border from Turkey.

The island itself already holds nearly 20,000 migrants, most in the vastly overcrowded and notorious Moria camp which human rights groups have said ‘isn’t fit for humans.’