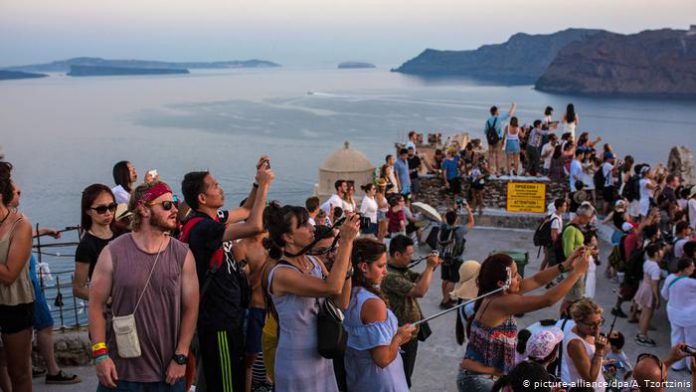 As Greece prepares to open to 27 airports on July 1, the General Secretariat for Civil Protection has reminded tourists to “Enjoy your stay and stay safe” as part of a new health information campaign.

The General Secretariat for Civil Protection issued 9 Directives to take the necessary measures to protect against COVID-19 disease. The information campaign is fully in line with the information base of the Ministry of Health and the World Health Organization.

Messages will be located at all entry points (airports and ports) and will be available in three languages – English, French and German. Flyers will also be distributed to travellers.

Prime Minister Kyriakos Mitsotakis announced as early as May that Greece would be ready to accept foreign tourists as of July 1, with the Greek Prime Minister intending to go ahead with the planned strategy.

“We want a greater slice from a much smaller pie – the European pie. The European tourism pie is smaller, but this summer we want a bigger piece,” he said during a teleconference organised by the Boston Consulting Group (BCG).

“The better you do in managing the health crisis, the faster the economy will revive,” he underlined.