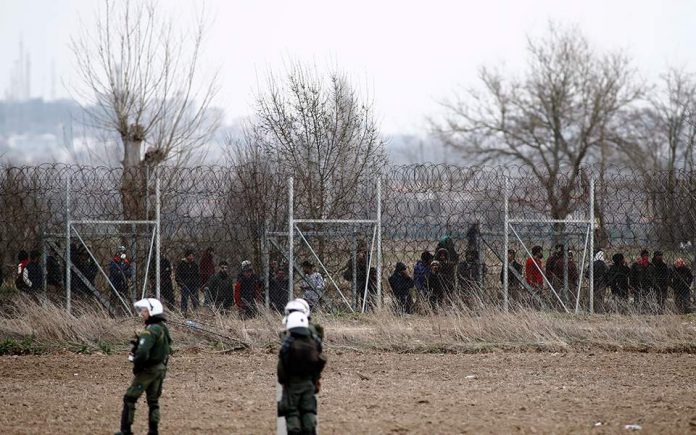 The Greek government will erect a new blade wire fence at the Evros border and station 400 additional border guards there, to protect Greece from a possible new wave of migrants from Turkey.

According to local media, the kilometre-long fence will be installed at vulnerable places along Greece’s border with Turkey to strengthen defence.

“A kilometre-long metal fence with sharp blade wire is being installed at the bridgeheads of Peplos and Fera, at the land borders after the riverbed is aligned, and in other vulnerable areas along the border,” ethnos media reported.

“Each border pylon will even be equipped with cameras and modern day and night surveillance systems.”

The introduction of 400 newly recruited border guards at the Evros border is also expected to double the deterrent force already stationed there and enhance the joint patrols of the army and police.

“Big armored military vehicles destined for Libya and confiscated five years ago south of Crete have been made available to the Army in the area,” ethnos noted.

This move to strengthen Greece’s border with Turkey comes after reports emerged that Ankara has been holding a large group of migrants in warehouses near the border.

Just a few days ago, Turkish Foreign Minister, Mevlut Cavusoglu, also reiterated that Ankara’s policy of “open borders” will continue for anyone wishing to cross into Europe.