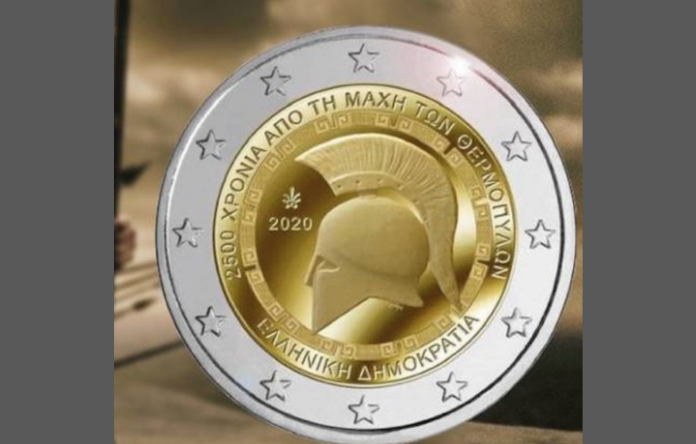 Greece will issue a two-euro coin in commemoration of the 2,500-year anniversary of the legendary Battle of Thermopylae in 480 B.C., which saw the Spartans of King Leonidas fight and overcome the more numerous Persian army of Xerxes I.

The battle took place over three days with a heroic resistance in the gorges of Thermopylae, the “hot gates”, so named because of the numerous hot springs in the area.

Greek media said the announcement was made during the World Money Fair 2020 in Berlin.

The national side of the Greek two-euro coin, which will have regular circulation throughout the Eurozone, will depict the helmet of the ancient Hellenic warriors along with the Greek inscription “2,500 years since the Battle of Thermopylae”.

The Athens mint will also produce a commemorative silver coin for collectors that will be available for purchase for 10 euros.

That coin will depict a warrior with a shield and a spear on one side, and a battle scene on the other side.