Greece, Cyprus and Armenia to cooperate on international recognition of genocides 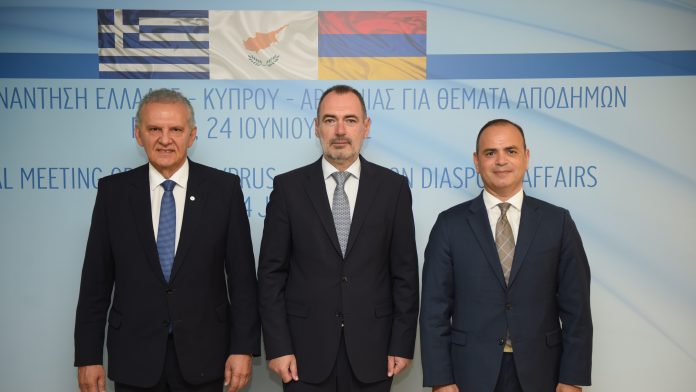 Greece, Cyprus and Armenian signed a memorandum on trilateral cooperation on diaspora issues in Athens on June 24.

The memorandum is comprised of nine separate articles, which describe the joint actions that the three countries will take to exchange information and know-how in the field of diaspora, but also to promote their national positions.

“Greece, Cyprus, Armenia have common values, a common course. But we also have common experiences, common traumas,” Mr Katsaniotis stressed as a reason why the memorandum is important.

Mr Sinanyan highlighted the importance of historical friendship and common values of the three countries.

“It is our commitment to encourage [the diaspora] to more actively collaborate and exchange best practices and know-how and finally to take actions toward promoting common values and interests to the greatest extent possible,” Mr Sinanyan said.