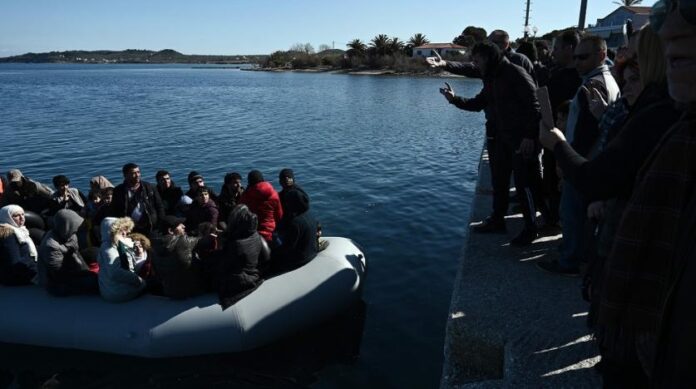 Greece is reporting a series of brushes with Turkey’s coast guard in the narrow stretch of water between the eastern Greek island of Lesbos and the Turkish coast, at a time of generally testy relations between the two neighbors and NATO allies.

All occurred northeast of Lesbos, an island on the main migrant smuggling route from Turkey to Greece.

None of the migrant dinghies, which had been carrying around 300 people in total, managed to enter Greek territorial waters, and all the passengers were eventually picked up by the Turkish coast guard, the Greek coast guard said.

“This morning, the Hellenic Coast Guard reported multiple incidents of the Turkish Coast Guard and Navy accompanying flimsy migrant boats to the border of Europe in an effort to provoke an escalation with Greece,” Migration Minister Notis Mitarachi said in a statement. “It is beyond doubt that these migrants departed Turkish shores and given the fact they were supported by Turkey, were not at risk.”

Mitarachi called on Turkey to “stand down and stop this unwarranted provocation.”

There was no immediate reaction from Turkish authorities.

Turkey and Greece have long traded accusations over unauthorized migration. The Turkish coast guard, as well as numerous refugee rights organizations and aid groups, have accused the Greek coast guard of conducting pushbacks — illegal summary deportation — by pushing migrants back to Turkey without allowing them to apply for asylum in Greece.

Greece adamantly denies it carries out pushbacks accuses Turkey of not only failing to crack down on migrant smugglers operating from its shores but actively encouraging migrants who seek to enter Greece illegally.

The Greek coast guard provided details about three of the incidents. It say that in the first, a Turkish patrol vessel entered Greek territorial waters and harassed a Greek coast guard boat by conducting dangerous maneuvers. It provided a video showing a clearly marked Turkish coast guard vessel bearing down on the Greek craft at high speed from behind, passing very close to the Greek boat and leaving it rocking in its wake.

The Greek coast guard said the second incident involved a Turkish coast guard vessel escorting a dinghy with migrants toward Greek territorial waters that didn’t respond to “repeated efforts of communication” by a Greek patrol boat. The migrant dinghy didn’t enter Greek waters, and the passengers were eventually picked up by a second Turkish coast guard vessel, after the first one had departed, the statement said.

In the third incident, the Greek coast guard said two Turkish vessels approached a migrant dinghy still inside Turkish territorial waters and attempted to push it into Greek waters without success.

The Greek coast guard said it was “successfully monitoring the country’s and the European Union’s sea borders under particularly adverse conditions that the continued Turkish provocativeness creates.”