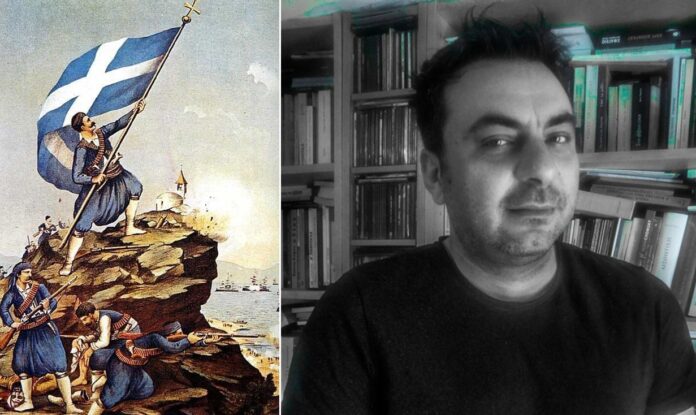 Dr Leonidas Moiras will give a lecture entitled Ottoman Perceptions of the Greek Revolution, on Thursday 20 May, at 7.00pm, at the Greek Centre, as part of the Greek History and Culture Seminars, offered by the Greek Community of Melbourne.

The outburst of the Greek Revolution consisted a major challenge for the Ottomans, since they had to suppress a “millet-wide sedition” of their subjects, who were claiming independence. The sultan, the central state elite and the intelligentsia tried to identify the reasons that triggered the “insurrection” of their subjects. The Ottoman administration responded to this challenge with the mobilization of her military power alongside several attempts to reincorporate the subjects back to the imperial order.

At the same time, the Greek Revolution became the main channel of transmission, through which the main ideas of the French Revolution and the Enlightenment entered the Ottoman mind and shaped decisively the imperial political thought and ideology. Through the intercepted documents of the Greek rebels, the Ottoman authorities tried to find the responses to the new challenges.

“This paper is an attempt to investigate the Ottoman perceptions and reactions to the Greek Struggle of Independence,” Dr Moiras said in a press release.

“I will try to investigate how the Ottoman Sultan Mahmud II., the central state elite and the intelligentsia experienced the Greek War of Independence and the “making” of the modern Greek state through the examination of the contemporary Ottoman sources and the terminology of the state elite.

“Also, I will discuss the reflection of the major events of the Greek Revolution, such as the Chios Massacre, in the Ottoman sources.”

“….The importance of the establishment of the independent Greek State and its impact on the Ottoman state has been underestimated, since we are not able to understand the history of the Tanzimat era without connecting it to the consequences of the Greek Revolution.”

Leonidas Moiras received his PhD in modern Ottoman history from the Democritus University of Thrace (2019).  Presently he is teaching History of the Ottoman Empire (15th – 18th cent.) and Ottoman Paleography at the National and Kapodistrian University of Athens. He is a participant in the research project Homeacross – Space, memory and the legacy of 1923 Population Exchange between Greece and Turkey the author of the book “The Greek Revolution through the Ottoman Eyes” (Athens, 2020). He has written several articles and publications in collective volumes and journals and  has participated in international conferences. His research interests include Ottoman Political and Intellectual History, Young Turk Revolution, Balkan Nationalisms, Ottoman Westernization and the Greek Revolution of 1821.

Speaker is based in Greece, event will be at the mezzanine but shown on the big screen while simultaneously being broadcast