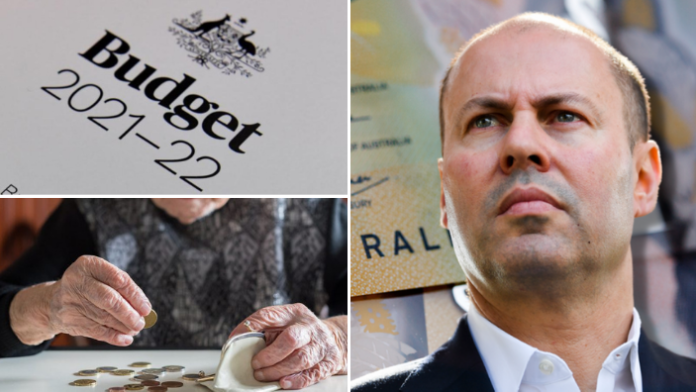 Every year the Federal Budget comprises thousands of pages of facts and figures covering spending on everything from tax cuts, health, education, welfare and more.

We’ve broken the most important information down into the things that really affect everyday Australians.

There is $17.7 billion over five years responding to the Aged Care Royal Commission report on abuse and neglect in the system, including:

The so-called “Low and Middle Income Tax Offset” will remain in place for another year.

The tax rebate, which workers receive after completing their tax returns, is worth different amounts to different income groups. It was supposed to finish on June 30 but it will be extended by another 12 months.

This is how much you can expect to land back in your bank account if you’re in any of these wage brackets:

In his speech, the Treasurer shone a spotlight on the more than 65,000 Australians who attempt to take their own lives each year. Suicide is the leading cause of death among those aged 18 to 44, and so the government has committed $2.3 billion to mental health care and suicide prevention.

The money will be spent on:

As well as the support announced for particular industries like small brewers, video gaming and medical and biotech start-ups, the budget also has a few perks for other businesses.

Last year’s business write-off perks are being extended by another 12 months.

That means businesses with a turnover of up to $5 billion will be able to write off the full value of any eligible asset like a work vehicle or equipment they bought between last budget and June 30, 2023.

The extension also mean any losses incurred up to June 2023 can be offset against prior profits made going back to the 2018-19 financial year.

Older Australians will be able to contribute earnings or savings directly into their tax-friendly superannuation funds with the repeal of the “work test”.

Among other changes to super rules, the minimum age for those eligible for the scheme encouraging older people to downsize family homes will be reduced from 65 to 60, first home buyers will be able to access $50,000 of contributions from their super funds, up from $30,000, and people earning less than $450 a month will receive super payments thanks to the removal of the minimum income threshold.