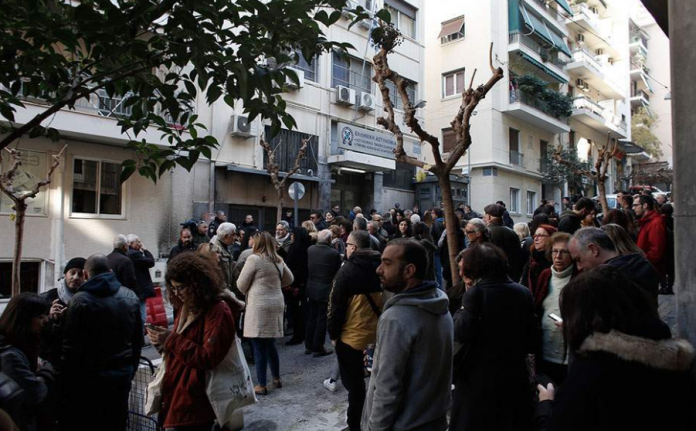 Residents of the central Athenian district of Exarchia held a rally outside their local police station on Saturday to protest against crime in their neighbourhood.

The rally comes after locals living on central Kallidromiou Street published a letter denouncing a criminal gang conducting robberies in the area around the police precinct.

“The smashing of cars and the robberies are daily events, many of which happen in broad daylight,” they said in the letter.

“The few residents who react are targeted either by being attacked with stones or are openly threatened with scissors, knives, etc.”