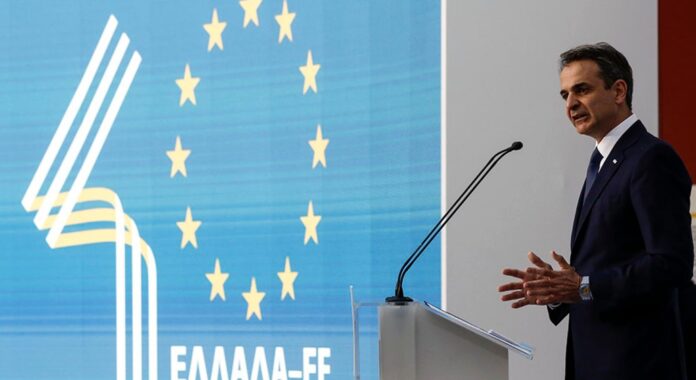 “The accession of Greece in Europe is a non-negotiable part of our country’s identity. However, this decision also enriched Europe as it marked the entry of the first country of the European South, who had experienced a dictatorial regime. Since then our common journey has been exciting,” he said, adding that “I do not believe there is any public sphere that did not benefit in some way from joining the European Union.”

The journey of Greece to the EU started in 1959 when the country applied for association with the newly established European Economic Community (EEC) leading to an Association Agreement between Greece and the EEC, signed in June 1961. The Agreement was suspended after the military coup in Greece in 1967. In 1975, Greek prime minister Konstantinos Karamanlis succeeded in convincing the Heads of States and Governments of the nine member states at the time, to start the accession negotiations with no delay.

The accession negotiations concluded in May 1979, with the signing of the Treaty of Accession in Athens at Zappeion Megaron. Greece officially joined the EU in 1981.

Von Der Leyen, President of the European Commission, highlighted that Greece was able to develop and to reinforce its institutions in the EU.

“The Union gains an enormous benefit by having Greece in its nucleus,” stated Ursula Von Der Leyen, also praising Greece’s vaccine program, calling it an “object of envy for many other countries.”

Antonio Costa, Prime Minister of Portugal which currently holds the presidency of the Council of the European Union, spoke of the importance of the EU’s southern expansion, which started with Greece in 1981.

“The European Union for Greece, as well as Portugal, over the last decades has been much more than a simple customs union, single market, or shared currency. Europe is mainly a union of common principles and mutual prosperity,” he said.

Finally, David Sassoli, President of the European Parliament, pointed out that the inclusion of Greece in the EU placed democracy at the heart of the European project, paving the way for the democratic rebirth of Europe and its stabilization.

“Looking at these forty years since Greece’s accession, we can see the history of the European project,” he said.