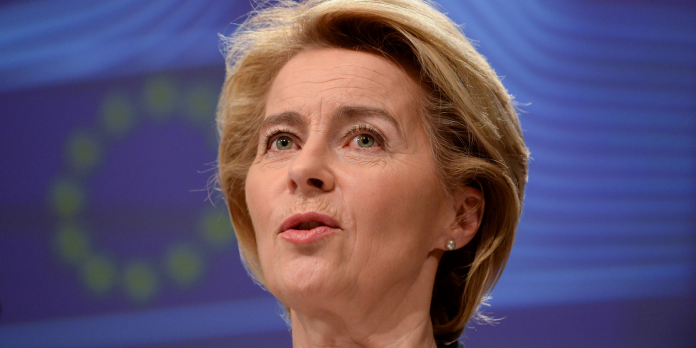 All non-essential travel to the European Union will be blocked in an attempt to prevent the coronavirus pandemic from further spreading across Europe.

European Commission President, Ursula von der Leyen, announced the shock crackdown on Monday and said anyone not from the EU’s 27 member countries would be denied entry unless they are long-term residents, family members of EU nationals, diplomats or essential workers like doctors.

“We know that everything which reduces social interaction also reduces the speed of the spread of the virus. The less travel, the more we can contain the virus,” she said.

The unprecedented ban, which will likely be approved on Tuesday, will last for 30 days initially and is expected to impact millions of tourists who travel to European countries over the summer holidays.

In a tweet following her announcement, Ms von der Leyen said the plan would not affect crucial trade flows and EU residents would be able to continue travelling from one country to another.

“Fast lanes will give priority to essential transport to keep the mobility sector going and ensure economic continuity,” she wrote.

“Temporary travel restrictions should be in place for an initial period of 30 days, but can be prolonged as necessary.”

The move comes after several EU and Schengen Area Member Countries including Greece, Germany, Spain, Italy and Estonia, introduced border checks and mandatory quarantine periods of their own.