Erdogan says Turkey to continue exercising ‘sovereign rights’ in Aegean, ‘as we did with Hagia Sophia’ 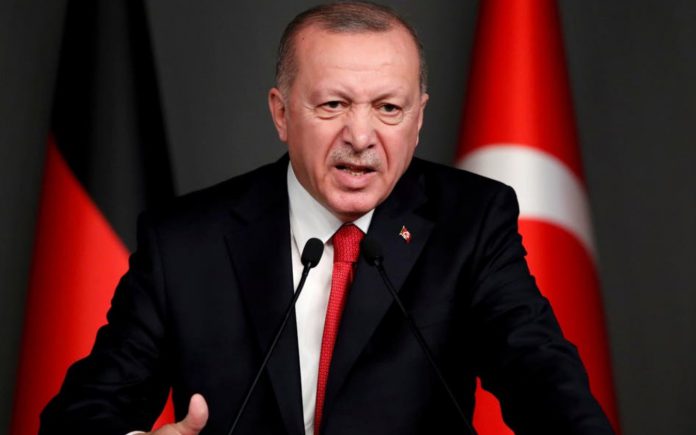 According to the state-run Anadolu Agency, his comments came hours after the Turkish seismic survey vessel Barbaros sailed toward Cyprus.

“We will not hesitate to exercise our sovereign rights, as in the example of Hagia Sophia Grand Mosque, which we reopened for worship,” Erdogan reportedly added.

The Barbaros was called in only hours after Turkish officials called off gas exploration activities near the Greek island of Kastellorizo with the Oruc Reis. It was sent in response to a NAVTEX message issued by Ankara, reserving an area inside Cyprus’ Exclusive Economic Zone to conduct hydrocarbon research until September 18, Kathimerini Cyprus reported.

Earlier this week, Erdogan’s spokesperson Ibrahim Kalin said at the time he was prepared to sit at the negotiation table with counterparts in Athens.

“In line with the instructions of our president, we are ready to discuss all issues; the Aegean, continental shelf, islands, airspace, research and screening efforts, and Eastern Mediterranean along with other bilateral matters with Greece without any precondition,” Kalin said.