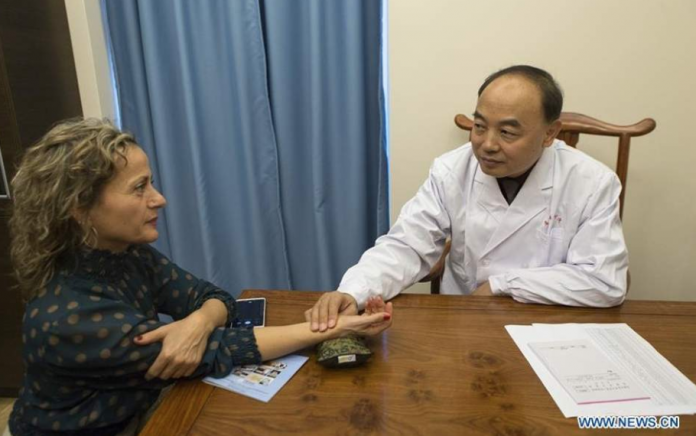 The Athens Chinese Traditional Medicine Centre, the first to open in Greece, was inaugurated on Wednesday in the northern suburb of Halandri and will be providing its services from the new year.

“[There is] one goal, the benefit of Greeks and Chinese patients, travelers and visitors to Attica and Greece,” Giorgos Patoulis, regional governor of Attica and president of the International Health Tourism Center (IHTC), said after cutting the ribbon at the opening ceremony.

“The fact that China, this great country, is approaching the birthplace of [Western] medicine, Greece, is a great honour,” he told the audience, which included Greek government officials, local government representatives, Chinese representatives, members of the Greek medical and business community, and scientists from the two countries.

The Athens Chinese Traditional Medicine Centre is the result of a collaboration between China Anhui University of Chinese Medicine and the International Health Tourism Centre.

It was launched under an agreement of scientific exchange of know-how and comparative scientific study that was signed between the two parties in China in April.