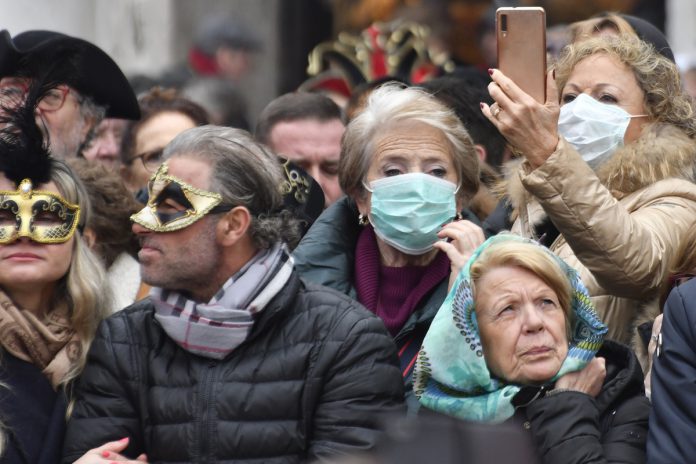 Two new cases have been tested positive on coronavirus, Greek health authorities announced on Thursday. One refers to the child of “patient zero” and the other to a woman who has recently visited Italy, Professor of Infection Diseases from the National Health Organization, Sotiris Tsiodras said.

“Relatives of a person infected with the virus are at a high risk of contamination,” Tsiodras added.

According to media, the second case refers to a 40-year-old woman currently in a negative pressure room in Attikon hospital in Athens. Authorities are trying to trace co-passengers of the woman who flew from Italy to Greece, ANT1 Tv reported adding that her family is also to be alerted.

At the same press conference, Health Minister Vassilis Kikkilias announced that Carnival festivities will be cancelled throughout Greece.

Among events to be canceled is a carnival parade in the coastal city of Patra slated for March 1, authorities said.

Meanwhile, Grigoris Tassios, head of the Hellenic Federation of Hoteliers, expressed concern on Thursday over the impact of the novel coronavirus on the country’s tourism industry.

“The international and Greek tourist industry are sailing in uncharted waters after the outbreak of COVID-19 and the biggest crash test for Greek tourism in 2020 will be the period of the Easter holidays,” he said.

There have been no cancellations for Greek tourism destinations to date, aside from those in Santorini and Athens due to the suspension of Air China flights from Beijing to the Greek capital, he noted.

“If people stop travelling abroad, this will finish the economies of the countries, most of which rely on tourism,” he added.

The son of the 38-year-old woman has been in isolation at home together with the patient’s husband and mother since yesterday, when the mother was confirmed positive. On Thursday, the 10-year-old boy was reportedly transferred also to AHEPA hospital. Authorities are trying to trace persons and children with whom the boy came in contact as he joined some school activities earlier this week.

Greek Health and Education authorities ordered the closure of the school already on Thursday, with disinfection of the elementary school to take place today.

“Patient zero” flew from Milan, northern Italy, to Thessaloniki on Sunday night, with the first symptoms, a light fever, to have appeared on Tuesday. She visited a public hospital to have herself checked and was transferred to one of the 13 hospitals designated to deal with the coronavirus across the country.

Authorities have reportedly identified and are set to alert the woman’s co-passengers as well as members of the City Council, as patient zero attended a meeting at the City Hall a day after her return.

Local authorities said that they will disinfect the City Hall as all other municipality buildings.