Calombaris’ empire crumbles as he places 22 businesses in voluntary administration 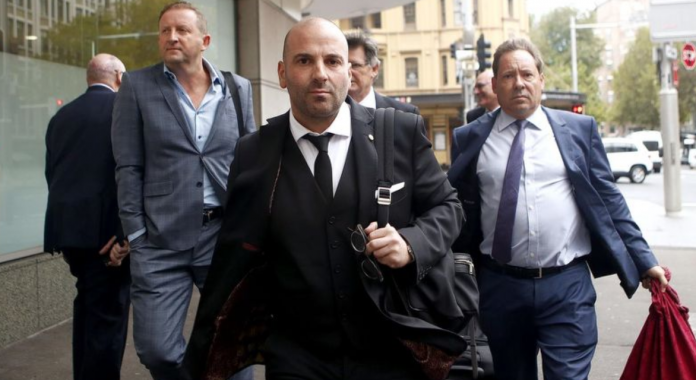 Celebrity chef George Calombaris has put much of his restaurant empire in the hands of administrators, jeopardising about 400 jobs.

A “devastated” Calombaris placed 22 companies in the Made Establishment Group into voluntary administration on Monday, with advisory and investment firm KordaMentha appointed.

The collapse of the chef’s empire came after a meeting on Monday afternoon.

KordaMentha said in a statement that Calombaris’ 12 restaurants and food venues in Melbourne would stop trading immediately.

The only part of the business excluded from administration is a chain of four Yo-Chi outlets.

“My dream for MADE Establishment 13 years ago was a vision to create something truly special for all those who entered our restaurants,” Calombaris posted on his personal Instagram account.

“To all my team, I truly regret it has come to this. I thank you from the bottom of my heart for your loyalty and friendship … I’m gutted it’s come to this.”

The decision to shut down the chef’s businesses comes after it emerged last year Made Establishment staff were back-paid $7.8 million in wages and superannuation in 2017.

The administrators said in a statement that employees have been paid outstanding wages and superannuation up to the date of KordaMentha’s appointment.

“This is a double assault on working people – first, Calombaris rips off workers and owes them $7.8 million in wages and now they face losing their jobs,” Victorian Trades Hall Council secretary Luke Hilakari told AAP.

“No worker should lose a job, or a dollar, when Calombaris is still cashed up.”

The Melbourne-based company was fined $200,000 by the Fair Work Ombudsman in July after current or former employees of the Press Club, Gazi and Hellenic Republic were back-paid for work between 2011 and 2017.

Unions were outraged by the size of the fine, saying it should have been bigger.

KordaMentha blamed “difficult trading conditions in the hospitality industry” and services such as UberEats for changing costumer tastes to cheaper dining options, leading to the business not being able to turn around despite strong reviews.

The administrators will now seek alternative operators for the venues.

Claiming the last few months have been the most challenging he had faced, Calombaris asked for respect as he goes through the process.

His family property in Melbourne’s affluent Toorak has also been listed for sale.

Real estate firm Kay and Burton confirmed the property has been listed for expressions of interest.