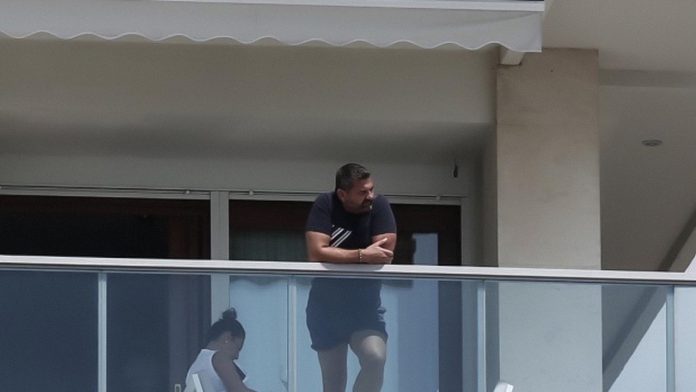 Bill Papas has been joined in Western Thrace by his son, with the pair being spotted in the stands at Xanthi FC Arena in Greece.

ThrakiSports reported the arrival earlier this week, with father and son enjoying coffee while watching a training session.

Papas’s son has taken to Instagram to flaunt his Grecian holiday, posting pictures of himself on a beach in Glyfada and training with the club.

This comes as liquidators have narrowed in on Papas’s assets and Westpac chases him for $295 million.

Despite a warrant for his arrest and promises by his girlfriend to the court, the businessman has failed to board a flight home, claiming his finances, a bout of coronavirus and depression have prevented his return.

Liquidators claim Papas was the mastermind of a lease-fraud scheme that snapped up almost $500m in its duration. The alleged fraudster fled Australia in June 2021 after Westpac started questioning unusual printer rental loans.

The visit by his son to Xanthi comes as his father’s ownership of the football team is seriously unclear, with Bill telling football fans he “denies what has been written and said”, namely that he had lost ownership of the team.