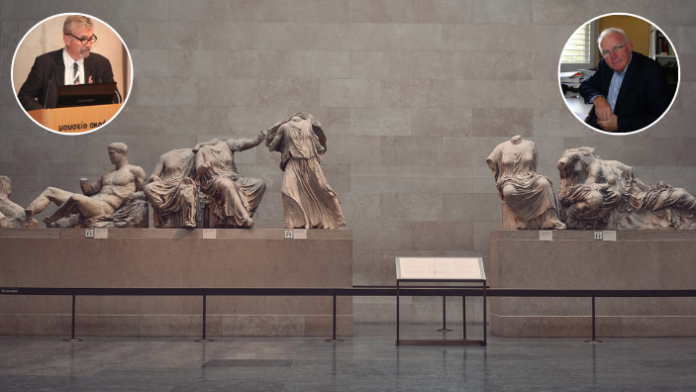 The international campaign for the restitution of one of the world’s most important cultural artefacts, the
Parthenon Sculptures, is back in the limelight with the Australian Parthenon Association (APS) calling for
Australian restitution supporters to join the cause.

APS is launching its restitution campaign, on the heels of UNESCO’s recent historical and unanimous decision in favour of the Sculptures’ return to Greece, with a seminar “All you ever wanted to know about the Parthenon Sculptures” which will be held during the Greek Festival of Sydney, May 1, 2022.

Renowned Australian businessman, author and Chairman of APS, David Hill, will be presenting the case against the British Museum which has claimed the Parthenon Sculptures as its own for the past 200 years.

“As global calls for restitution of artefacts of significant cultural heritage mount, we’re urging all Australians to seize the opportunity to learn about The Parthenon Sculptures’ history and to join the fight for their restitution,” Mr Hill said.

“We now live in a world where we’re increasingly accepting historical truths and collectively moving toward
righting past wrongs.”

The seminar will highlight the history of the Sculptures, the forty-year impasse with the British Museum,
UNESCO’s recent restitution resolution, the Greek Prime Minister’s personal advocacy, the recent return of a Parthenon fragment from Italy, as well as looking at ‘where to from now’.

David Hill will be joined by cultural heritage consultant, and APS Vice-President, George Vardas, who will also discuss various legal issues regarding the British Museum’s disputed claims to ownership of the Sculptures.

“The British Government has recently deflected the issue back to the British Museum which maintains its
claims that the Sculptures were legally acquired according to the laws of the time,” Mr Vardas said.

“This of course is a subject of great debate and without global pressure and legal understanding we won’t be able to move past the impasse.”

The Parthenon Sculptures were stripped from the Parthenon Temple of Athens between 1801 to 1812 by the then 7th Earl of Elgin, Thomas Bruce.

In September and November 2021, UNESCO and The Greek Prime Minister, Kyriakos Mitsotakis, urged Britain to enter into genuine discussions to reunite the Parthenon Sculptures in the British Museum with the half that remain in Athens.

“One of the key arguments from the British Museum is that returning of the Parthenon Sculptures would open the flood gates and empty museums in the Western World of their treasures,” Mr Hill said.

“While we’re not calling for the return of every piece or artefact in every museum around the world, there are exceptional and special circumstances where cultural property should be returned.

“In November 2021, France returned 27 rare artefacts To Benin and Senegal and this was followed in February this year with the return of another two Benin Bronzes by Britain’s University of Aberdeen and Cambridge University’s Jesus College. We have also seen the return of an Easter Island Moai statue, from the Natural History Museum in Santiago, Chile.

“Similarly, The Parthenon Sculptures are indisputably the cultural heritage that belongs to and is inextricably linked to the modern Greeks. They are the keys to Greece’s ancient history.

“It’s time for the Parthenon Sculptures to go home.”

Australians wishing to join the cause for restitution can register for the “All you ever wanted to know about the return of the Parthenon Sculptures” seminar here.