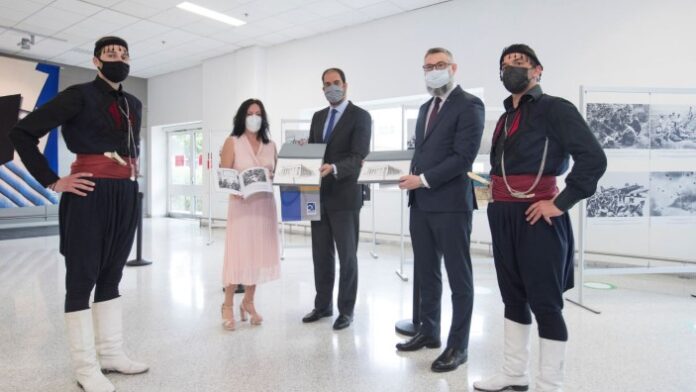 The exhibition, which is on display at the Athens International Airport ‘Eleftherios Venizelos,’ was inaugurated on Monday by the Greek Deputy Minister for Infrastructure and Transport, Giannis Kefalogiannis, Ambassador of Australia in Greece, Arthur Spyrou, and the Marketing and Communications Director of the airport, Ioanna Papadopoulou.

Featuring 59 iconic photographs from the Australian War Memorial, the exhibition offers a look at the presence of Australian soldiers in Greece during the Greek Campaign, starting in March 1941 and culminating with the Battle of Crete (20 May – 1 June 1941).

In a post on Facebook, the Embassy wrote that: “the exhibition pays tribute to the service and sacrifice of the Australian and other Allied soldiers on Crete and honours the courage and generosity of the Cretan people, who did not just fight bravely to defend their island but also, at great risk to themselves and their families, sheltered and helped the Allied soldiers to safety.”

The exhibition will be on display in the airport’s Intra-Schengen arrivals area until October 31, 2021.