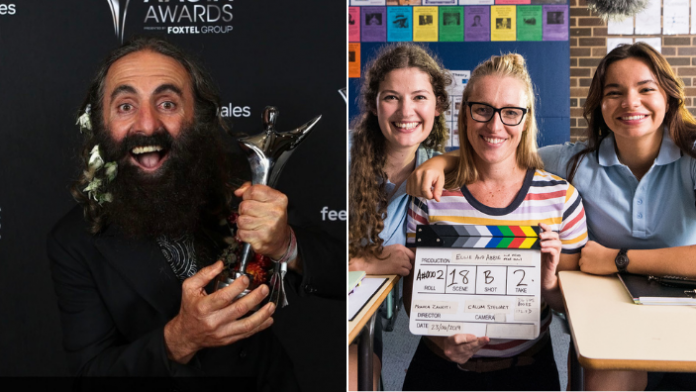 The Gardening Australia host was among Eric Bana, Sooshi Mango and Wentworth as those recognised by viewers.

The film is directed by Monica Zanetti and stars Sophie Hawkshaw as ‘Ellie’, who struggles to ask her classmate ‘Abbie’ (Terakes) to their school formal when her dead Aunt Tara shows up to offer her advice.

Terakes made history as the first non-binary Australian actor to be considered for the AACTA award for Best Lead Actor in a feature film.