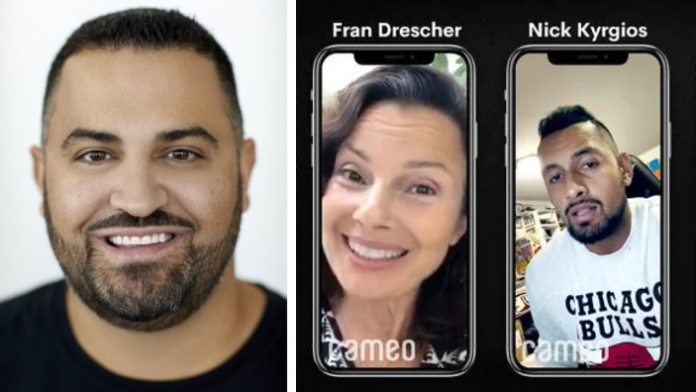 US tech unicorn, Cameo, is ramping up investment in Australia, hiring a former Airbnb executive to spearhead its local expansion as it looks to sign up local celebrities and stave off new upstart rivals.

Cameo has more than 40,000 celebrities on its platform and it connects them with fans via video messages, live video and direct messages.

But now, according to The Australian, Cameo, which has a local office in Sydney, is looking to significantly expand its current roster of Australian celebrities.

The CEO of Cameo, Steven Galanis, told The Australian that the platform’s local operations in Australia began as just one person, but is now a fully-fledged team including former Airbnb country manager, Sam McDonagh, who will serve as Cameo’s general manager for APAC.

“We’re extremely excited to be involved with building and growing Cameo in Australia. We want to fuel the fan experience here, develop new products and features and bring our Aussie talent onto the platform,” Mr McDonagh said.

Cameo launched in 2016 with the idea that the selfie is the new autograph. The company is now a tech ‘unicorn,’ and is valued at just over $US1 billion having raised funds from PayPal, SoftBank Vision Fund 2, skateboard legend Tony Hawk and Amazon’s Alexa Fund.

New rivals are launching in Australia, including Swysh and Memmo.me, but Mr Galanis tells The Australian that according to his statistics, Cameo produces more videos every week than any of its rivals have ever done combined.

“At the end of the day, only we can offer a true global footprint. Even when local copycats come along, Greek musicians for example want to sell Cameos to people in Greece, as well as Melbourne, and immigrants in Chicago, and the diaspora all over the place is something that we uniquely offer,” Mr Galanis told the newspaper.

“If Cameo is successful, at scale, we will build technology that enables every single talent to have a personal relationship with each and every one of their fans. I think of the 100 biggest brands on earth, many of them will be people. And talent will be able to monetise that.”