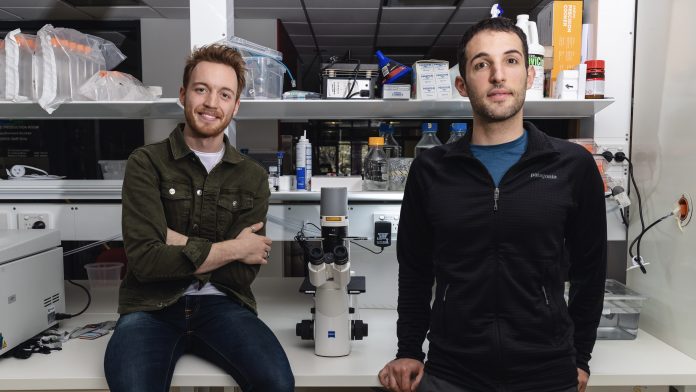 Vow Foods makes its meat – from pork, chicken, kangaroo, alpaca, water buffalo – in a lab in Alexandria in Sydney using cells from animals in a bioreactor, called ‘cultured meat’.

“There is a massive growing demand for meat around the world,” Mr. Peppou said.

“Cultured meat is grown in a production system fed by electricity. As long as we are using renewable electricity we can produce meat close to where people are eating it and which has a very small environmental footprint relative to animal agriculture.”

Co-founder Tim Noakesmith says it is a whole lot tastier and healthier.

“It will taste better, it will have better texture profiles and we are able to combine nutrition profiles that don’t exist in single animals alone,” Mr. Noakesmith.

As the duo work to lower the emissions profile on the agricultural sector, they say Australia needs to lift its climate change ambitions.

“We are facing one of the biggest crises to face the human race ever and there is a lack of action and urgency around the nation’s climate policy,” Mr. Noakesmith said.

Vow has raised $8 million in investments and plans to launch in Singapore next year.