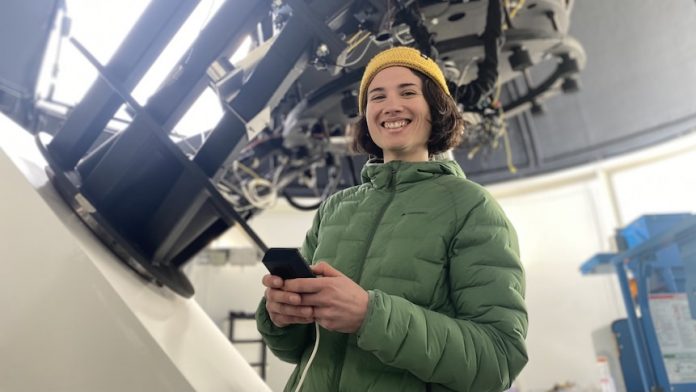 Katie Vandorou is a PhD candidate at the University of Tasmania who uses a rather uncommon technique to detect planets outside of our solar system, or ‘exoplanets’.

“They’re quite mysterious because they’re difficult to detect, they don’t emit their own light,” Vandorou tells ABC News.

“Some of these planets are all the way at the center of our galaxy … which is about 25,000 light-years away.”

Vandorou is using the gravitational microlensing technique to look at three exoplanet systems in particular.

“One of the planetary systems that I’ve confirmed is called MOA 2013 BLG-220L and it’s a super-Jupiter, so it’s three times the size of Jupiter, and orbits a star similar to our sun,” she said.

She compiles her research into an exoplanet archive, an open-source website assessed by scientists all over the world.

Vandorou has been accepted to work at NASA later in the year where she will continue her gravitational microlensing research work.

“I’ll be doing more follow-up observations on these systems and there will also be room to work on some other things and collaborate with some new people,” she says.

“It’s definitely a very good opportunity and opens lots of doors and the US has a lot of research around exoplanets so it means I get a lot of exposure to a lot of other scientists, which will be cool.”