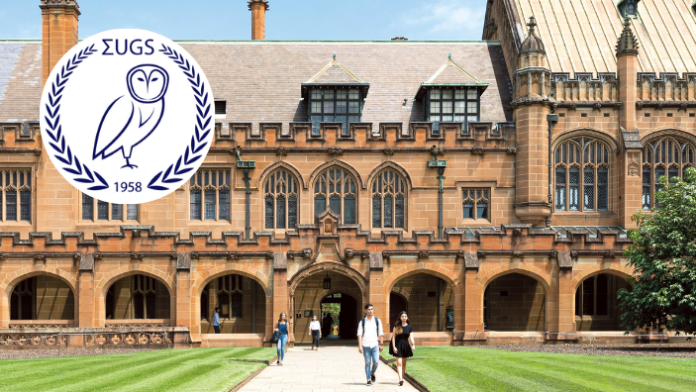 Sydney University Greek Society (SUGS) has announced the creation of the SUGS Prize for Modern Greek and Byzantine Studies. This prize will be awarded to a student for the first time in 2021.

At the beginning of 2020, SUGS donated a large sum in order to establish a SUGS Prize, demonstrating their continued support and appreciation of the University of Sydney’s Department of Modern Greek and Byzantine Studies, in particular the outstanding efforts of Professor Vrasidas Karalis and Associate Professor Anthony Dracopoulos.

The prize, valued at $1000, will be awarded to the highest achieving undergraduate final year student studying Modern Greek and Byzantine Studies as part of the Bachelor of Advanced Studies or as a standalone Honours year.

The Modern Greek Department is now the first Department at the University to establish a prize specifically dedicated to the Bachelor of Advanced Studies.

SUGS is extremely proud to fund this award, which will encourage and celebrate the study of the Greek language in the years to come. We would like to thank Thanasi Kallos, SUGS President for 2019, for being instrumental in the establishment of this prize.

In a media release, current President of SUGS, Katherine Lambros, and Vice President, Kosta Plegas, say they “look forward to congratulating the first recipient of the prize this year.”

READ MORE: Opinion: (When) time (is) in quarantine.