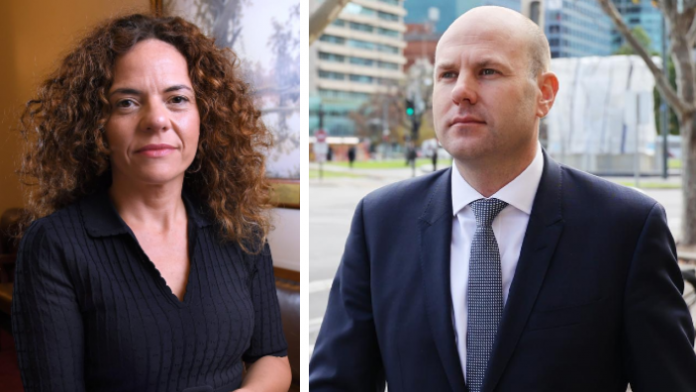 Independent MP Sam Duluk is an unpleasant, insensitive, disrespectful and drunken pest who owes fellow politician, Connie Bonaros, an apology but is not guilty of assaulting her, a court has ruled.

According to The Advertiser, the Adelaide Magistrates Court today formally acquitted Mr Duluk of assaulting Ms Bonaros at a parliamentary Christmas party due to “irreconcilable incongruities” in evidence about the night.

Magistrate John Wells said Ms Bonaros was “unequivocally an honest witness” who neither exaggerated nor embellished her evidence, and praised her courage in coming forward about the events of the night.

However, he said he could not find Mr Duluk guilty beyond reasonable doubt because the account of a second witness – who he found as reliable and as honest as Ms Bonaros – significantly differed from hers.

Standing in the dock, Mr Duluk bowed his head as Mr Wells found him not guilty, The Advertiser reports.

“Your behaviour towards Ms Bonaros does not in law amount to a criminal offence but it was rude, unpleasant, insensitive and disrespectful – you owe her an apology,” he said.

Mr Duluk, 37, had pleaded not guilty to one basic count of assault arising from an alleged incident at a 2019 Christmas party.

SA Police alleged he assaulted Ms Bonaros by placing an arm around her waist and slapping her on the bottom.

Mr Duluk did not comment outside court after the verdict was announced.

A SA-BEST spokesman told The Advertiser neither Ms Bonaros nor the party would be making any comment on the verdict either.