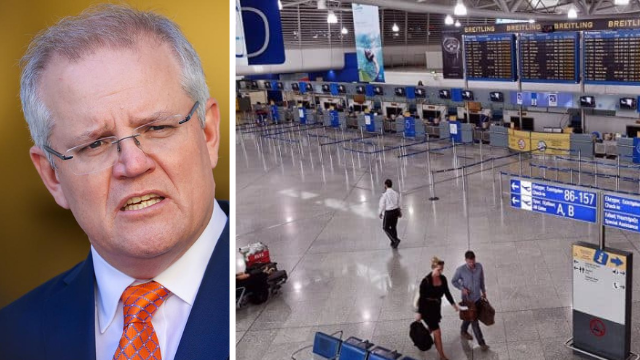 People arriving in Australia could be allowed to quarantine at home under a proposal health experts are considering.

“I think home quarantine can play a role in the future and it’s something that is being considered by the AHPPC, particularly as we move beyond the phase we’re in now,” he told reporters in Canberra on Tuesday.

“We do look… to have our borders open up at some point to safe locations, whether it be New Zealand or parts of the Pacific, or places like South Korea or Japan, or countries that have had a much higher rate of success, then there are opportunities to look at those alternative methods.”

Two weeks hotel quarantine is mandatory for overseas arrivals and some domestic travellers entering states and territories with closed borders.

The ACT is an exception, with people allowed to spend their stints at home.

“When it comes in, that will obviously be determined principally by the health advice that can provide a green light to those sorts of options,” Mr Morrison said.

“But I’m hopeful it’s something we can move to.”

In the early stages of the pandemic, people arriving in Australia quarantined at home until hotel systems were established.

Mr Morrison was also asked whether he took any responsibility for giving states a short period of time to get the hotel quarantine program up and running in March.

“It was actually the states and territories that were most urgent in moving forward and they made the recommendation to move so quickly to establish hotel quarantine and we supported that,” he said.

“That was a genuine decision then by the National Cabinet at the initiation of the states and territories to move as quickly as they did.

“I welcomed the fact that they were so keen to move so quickly and get those quarantine arrangements in place.”

Mr Morrison said Victoria’s hotel quarantine bungle was a “great shame” for the state, noting their experience was “quite different” to the rest of the country.