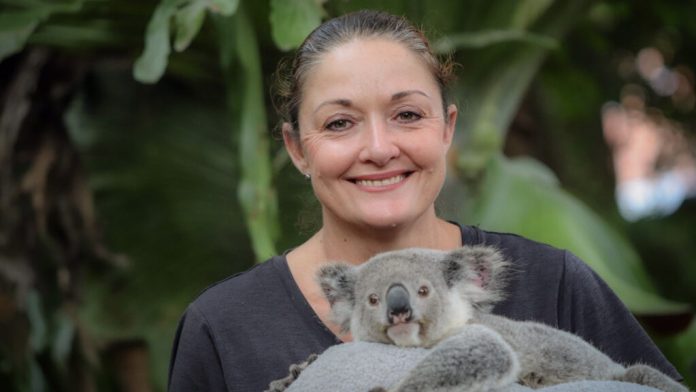 Christodoulou started volunteering with the RSPCA in 2014 and says she rescued her first koala ‘Napoleon’ in August 2015.

“I enrolled in workshops with Wildcare Australia and continued to do my volunteer ambulance driving while studying to get my koala accreditation,” she tells the Guardian’s Jennifer Johnston.

“Once I had accreditation I volunteered in a RSPCA Wildlife Hospital, focusing solely on koala rescues.”

“Over four years I rescued 337 koalas and I went through two sets of tyres on my personal vehicle. Most rescues were on my own and it was exhausting.”

Christodoulou established Queensland Koala Society in August 2018 using the money set aside from the sale of her gift shop business.

“I am the head honcho, the main rescuer – the hands-on person. I cut the food for the koalas and look after the injured wildlife at our centre,” she says.

“When I receive a call out, I go to where the injured animal is and pick them up, then drive them to the vet who checks them over. If they recover, they are released back to where they come from. If they need rehabilitation, they come back to my place.”

“My husband and I still own our home, but in 2019 we used our “rainy day” money and purchased a two-and-a-half-acre property, specifically to rehabilitate wildlife,” she says.

“We have built enclosures on the property to house injured animals. And last year, I planted 300 eucalyptus trees from saplings, with seven varieties to feed the koalas.”

“The first weekend in July (this year) was my record for collecting koalas. I rescued seven in the space of 24 hours. Unfortunately, only one survived. I get sad when the survival rate is like that.”