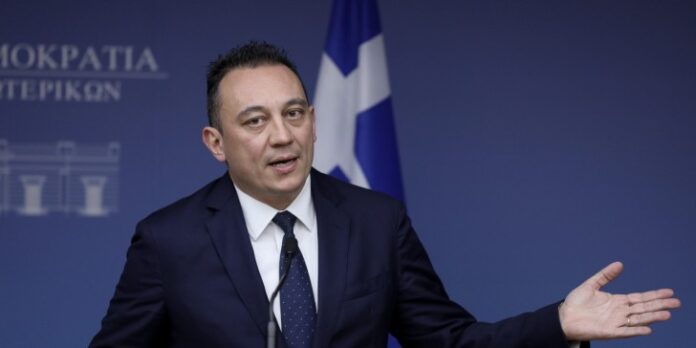 Greece’s Deputy Foreign Affairs Minister and representative for Greeks Abroad, Kostas Vlasis, has issued a special message to the diaspora on the occasion of OXI Day on October 28.

In his message, Mr Vlasis explained what OXI Day means to Greeks around the world, saying “it is the day that Greece… shouted “NO” against the brutal and brazen blackmail of the fascist and Nazi forces of the Axis.”

“Greece’s participation in World War II is not a coincidence in the course of Greek and European history. It is a brave decision by our ancestors to fight against an opponent who was numerically superior and, until then, invincible,” Mr Vlasis added.

The Deputy Foreign Affairs Minister then went on to say that OXI Day is “more relevant and instructive than ever,” as ‘OXI’ (NO) remains an appropriate response to the current challenges facing Greece, including the tensions with Turkey at the Evros border and in the Eastern Mediterranean.

“By honouring October 28, 1940, all Greeks become like a fist. We join our forces and intensify the struggle for the defence of our national rights with the compass of strength and national solidarity that characterises us.”