Mikakos: I was not part of decision to use private security in hotel quarantine 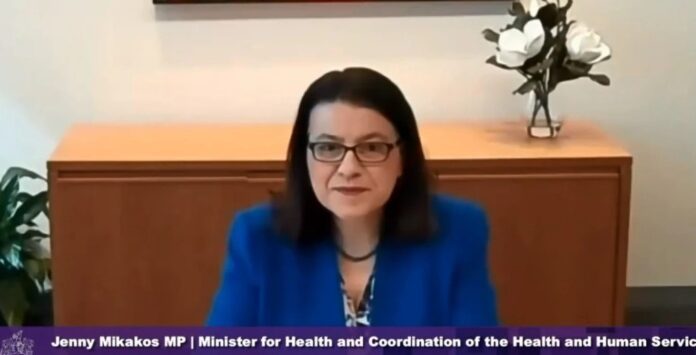 Victorian Health Minister, Jenny Mikakos, has faced the COVID-19 Hotel Quarantine Inquiry today, declaring that she was not part of the decision to use private security in the botched hotel quarantine program.

“I was not part of any decision-making process to use private security contractors in the HQP [Hotel Quarantine Program]. I do not know who made this decision,” Mikakos said in a written response she submitted to the inquiry.

“I would not support the engagement of private security contractors in any future iteration of the HQP.”

In a further exchange between counsel assisting the inquiry Ben Ihle and Mikakos, she went on to say she did not ‘turn her mind’ to how hotel quarantine was being enforced until the Rydges outbreak.

“Is it your evidence to this inquiry that until the outbreak at Rydges you didn’t even turn your mind to the question of how people were actually being detained in the hotels?” Mr Ihle asked.

To which Mikakos replied: “That’s correct. The DHHS provided the legal framework, I understood that Authorised Officers were issuing those travellers with detention notices. But I had no reason to be turning my mind to the issue of security guards.”

The Health Minister added that she did not believe it was her health department’s role to ensure private security guards and other workers in Victoria’s quarantine hotels were adhering to infection control measures such as wearing personal protective equipment.

“I understand that the DHHS’s role… was essentially to a) facilitate the legal framework for the hotel quarantine program by issuing detention notice and b) to provide health and wellbeing services to returned travellers participating in that program,” she said in her written statement.

Mikakos’ appearance before the inquiry today comes in the face of calls for her resignation after the Health Workers Union (HWU) published a scathing letter accusing her of “breathtaking incompetence” and “repeated mismanagement of the Victorian health system.”

The letter, addressed to Premier Daniel Andrews and signed by HWU secretary Diana Asmar, said Ms Mikakos lacked “even a basic understanding of her portfolio.”

“This is not about a personality clash with Ms Mikakos. I’m accustomed to dealing with individuals who display pomposity and arrogance, even when their ability does not warrant it.

“Ms Mikakos, through her incompetence, has turned the HWU, a once supportive stakeholder of your government, into an actively hostile one.”

In a press conference today, Andrews addressed the letter when he was asked whether the Health Minister “lacked basic competence and understanding of her portfolio.”

“No,” was his reply, adding later that he has confidence in all his ministers “otherwise they wouldn’t be in my government.”

“If there are issues that a group or any group in the community, particularly health sector, want to address, we are more than happy to sit down and work with those issues. We have done that as a feature of the pandemic.”