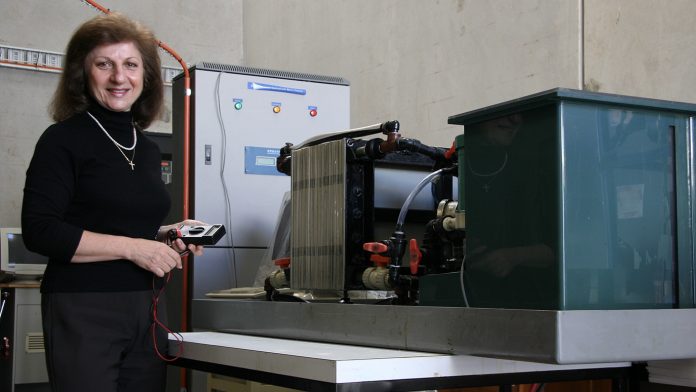 Facebook caption: Maria Skyllas-Kazacos’ work on vanadium batteries could pave the way for a mine which would create about 200 jobs in north-west Queensland.

The Richmond-Julia Creek in Townsville could be a base for the manufacturing of batteries using vanadium resources.

The technology using vanadium in batteries was developed by Professor Maria Skyllas-Kazacos at the University of NSW in the 1980s.

In 1999, she was appointed a Member of the Order of Australia “for service to science and technology, particularly in the development of the vanadium redox battery as an alternative power source”.

The federal government has since funded $3.9m for the manufacturing of large-scale vanadium redox flow battery systems, as well as $1.2m for the development of a vanadium processing pilot plant.