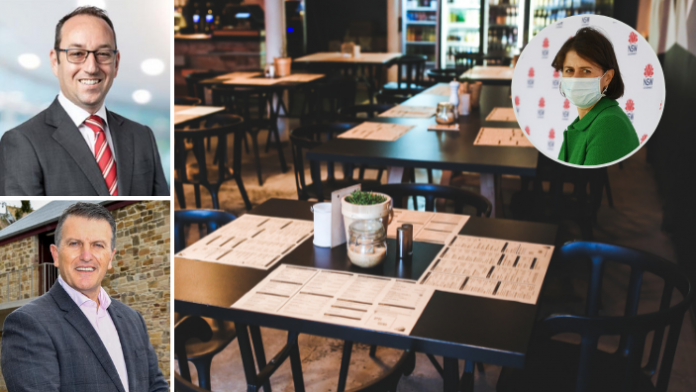 Greek Australian hospitality figures in New South Wales are calling for the state government to exempt fully-vaccinated patrons from restrictions.

Sydney Restaurant Group owner Bill Drakopoulos says allowing double-dosed patrons back into restaurants would be great if it meant the hospitality industry could reopen.

“If the government were to say you’re only welcoming vaccinated people, and that means you can open in early September, something like that, fantastic,” he tells the Daily Telegraph.

“If that was a way to get our workforce back, dust the cobwebs off our chairs and tables, get trading again, not rely on government handouts to live from week to week … we’ll do that with open arms.”

“In particular, we know that people value their freedom, their desire to go back to work, their desire to engage in community life. And those are the type of incentives that will be looking at over the next ­little while to provide our citizens with the opportunities to know, that if they’re vaccinated and their loved ones are vaccinated, there will be ­opportunities for greater freedom moving forward,” Berejiklian has said.

ClubsNSW and Australia chief executive Josh Landis says the incentive will help save the hospitality industry from the economic downturn brought on by lockdown.

“We think anyone who does the right thing and gets vaccinated should be ­allowed to enjoy some of life’s usual freedoms once again, such as enjoying themselves at their local club,” Landis tells the Daily Telegraph.

Landis has also called on the state government to set a vaccination target and for the federal government to support the initiative by waiving the excise on any beers poured on “freedom day”.