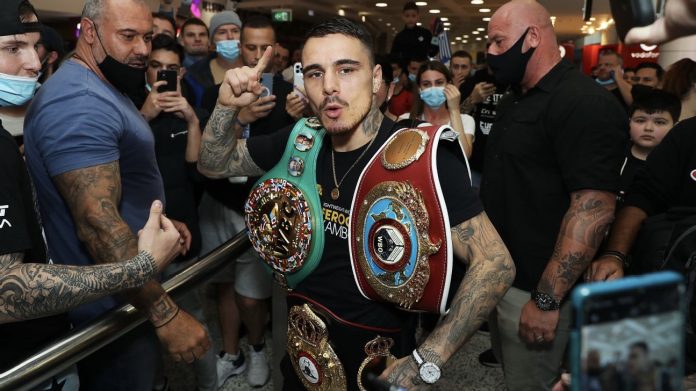 Boxer George Kambosos is vowing to reign for years to come after being crowned the world lightweight champion.

“As much as I had to go do it inside the ropes, my family and my friends and both my countries lifted me, especially in that round 10,” Kambosos said on Thursday.

“I had to go and really earn it. I had to go to the back yard (of my rivals) multiple times and to go and beat this guy in his prime and in his home town, no Australian fighter’s ever done that before.”

Kambosos is tipped to defend his “jewels” in a unified mega-fight against WBC champion Devin Haney next year in Australia.

“I want him to come and he will, so I’ll take everything off him as well,” Kambosos said.

“Haney, (Gervonta) Davis, (Vasiliy) Lomachenko, (Ryan) Garcia, they’re all going to get it.”