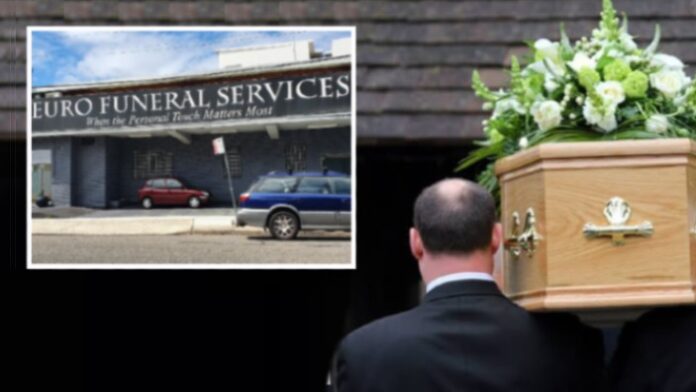 Mourners were left in disbelief and horror last week when they went to say their final goodbyes to their loved one, only to find it was the wrong person.

The mix-up of two bodies by Greek-owned funeral parlour, Euro Funeral Services, came to the attention of The Greek Herald on Friday after we received multiple phone calls by mourners expressing their shock at the incident.

According to these sources, the mix up of the bodies of two Greek males, who had passed away on the same day earlier this month, was only realised by the family of the older man at the end of the funeral service.

Screams echoed through St Euphemia Greek Orthodox Church in Bankstown, Sydney, as the family opened the casket to pay their respects to their beloved husband, father and grandfather, and saw the body in the coffin was not their family member.

Their family member had allegedly already been buried by the other man’s family on Friday morning, February 12 at Rookwood Cemetery, following a funeral service at All Saints Greek Orthodox Church in Belmore, and mourners had no idea the wrong body was in the coffin.

Our sources say this body was exhumed on Friday afternoon, hours after the funeral, and both men were laid to rest by their respective families – the correct ones this time – at Rookwood cemetery.

The Greek Herald reached out to Euro Funeral Services for a comment but Funeral Director and O Kosmos Publisher, Mr Spiro Haralambous, declined the request “due to the sensitive nature of this predicament.”

“First and foremost, on the basis of specific requests by family to refrain from doing so, secondly we are bound by confidentiality of ALL our dealings with our families,” reads the message sent by Euro Funeral Services.

This traumatic turn of events leads to questions of whether its time for stricter controls on the funeral industry, which for now remains unregulated.

The Euro Funeral Services Facebook page has since been deleted.