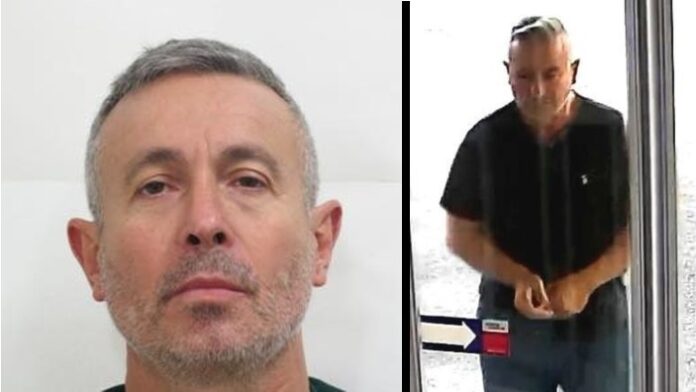 Ex-Adelaide fugitive, Jim Soukoulis, who is accused of attempting to import 255kg of methamphetamines into Australia, has spent almost two years on the run since skipping bail in November 2019.

But according to The Advertiser, Jim’s freedom has cost his brother Terry Soukoulis $150,000 and a close female friend $120,000 after their bail sureties were enforced by Melbourne’s County Court.

Jim is facing multiple charges, including trafficking and conspiracy, in connection with a plot to import the methamphetamines into Australia from California in a light plane.

The 58-year-old was released from custody on bail in November 2017 to live at a South Melbourne address with sureties totalling $900,000 – including his elderly mother’s $600,000 home in Sturt St in Adelaide jointly owned by Terry Soukoulis.

An appeal against the enforcement resulted in them being reduced on hardship grounds to $150,000 for Terry Soukoulis and $120,000 for Jim’s female friend. Soukoulis’ 89-year-old mother Georgia was not pursued because she had not signed the surety document.

Jim was last seen in the carpark of his apartment in South Melbourne on the morning of November 12, 2019.

Federal Police Detective Leading Senior Constable Greg Hinds said arrest warrants were still current for Jim and anyone with any information on his whereabouts is urged to contact Crime Stoppers on 1800 333 000.